Ghost has a unique, yet almost pastiche sound. You know you’re listening to Ghost usually within just a few bars. But the band does wear its influences on its sleeve. My favorite description of Ghost? It sounds like old-school Slayer just WAY slower.

Jokes aside, Ghost – despite being a fairly new band – has plenty of iconic riffs. The band is also responsible for one of the best metal bass lines of all time – the intro to From The Pinnacle To The Pit – and it now has a couple of critically and commercially successful albums under its belt in the form of Melioria and Prequelle.

Like all good metal, Ghost’s guitar parts aren’t super complex. Instead, the focus is on rhythm, beautiful, catchy chord changes, and, more recently, plenty of excellent lead parts. But if you’re looking to learn some Ghost riffs, you will need to understand what tuning the band uses because Ghost does not play in standard tuning.

What Guitar Tuning Does Ghost Use?

The vast majority of Ghost songs are in D Standard which is one step down from standard tuning (EADGBE) – this is what your strings will look like when you’re done: DGCFAD. This tuning is lower and it sounds darker and heavier than standard. This is why plenty of metal bands, bands like Ghost and Mastodon, use it.

The brilliant thing about D Standard tuning, aside from how good it sounds, is that you can do everything you normally do in standard tuning (unlike with Drop D tuning, where you only drop the low E string down a whole step). In Drop D tuning, you’re only lowering the tuning of one string – the low E. With D Standard, ALL of your strings are lowered one whole step.

And because ALL of your strings are lowered down one whole step from standard tuning, all your chord shapes and scales remain the same, although the key of them has changed. For instance, in standard tuning, fret 7 on the A string is an E. With D Standard tuning, this is now a D note.

If you’ve learned to play in standard, as most people do, tuning down to D Standard is a great way to add another dynamic to any of your existing riffs or songs. All of your songs and riffs written in standard will play exactly the same in D Standard, but they’ll sound lower and heavier. And if you’re creating metal music, this is what you want.

Tonally, this makes D Standard a much better tuning for metal than traditional standard tuning. Your riffs will sound lower, darker, and with some fuzz and distortion, quite a bit heavier too. It will also make doing vocals easier; you don’t have to push your voice quite as hard as the general key of everything you play is lower. Again, this is great for metal but also blues and rock and roll too.

Are There Any Ghost Songs In Standard Tuning?

What Guitars Does Ghost Use?

Ghost is one man: Tobias Forge. Forge records most of the record by himself, and he is the man credited with writing all of the songs. Forge does use session musicians for drums and keyboards, as well as other aspects of the band’s records. But he does most of the guitar parts himself.

Forge has discussed his approach to guitars in the past. For the album Prequelle, for instance, Forge used a Gibson Les Paul with P-90 pickups and a white Gibson Explorer for the rhythm parts. All the lead parts were recorded using a Fender Telecaster. Here’s an extract from an interview where Forge discusses how they recorded the guitar parts for Prequelle.

We did four rhythm tracks on everything. On one side we had a Les Paul gold top with P-90s that went through an Orange amp, and also a white [Gibson] Explorer from, like, ’82 or something like that—that typical James Hetfield sort of guitar—that went through an old Marshall rack amp from the early Nineties. And then on the other side it was a mid-Seventies Les Paul Black Beauty 20th Anniversary through one of those old Laneys that Tony Iommi used and an early Eighties [Gibson] Flying V that went through another Orange. Then I had a Seventies Strat for a lot of the leads, and I think I did overdubs mostly with the Explorer. So it was quite simple.

Ghost’s latest album, IMPERA, is now out on all major streaming platforms. I’ve been listening to it all morning while writing this post, and so far I’m liking what I’m hearing. It is VERY different to Prequelle and Meliora, but there’s plenty of solid riffage and breakdowns present, as you’d expect from Ghost. The production is also very, very good – it sounds like a 1970s-era prog record to me. 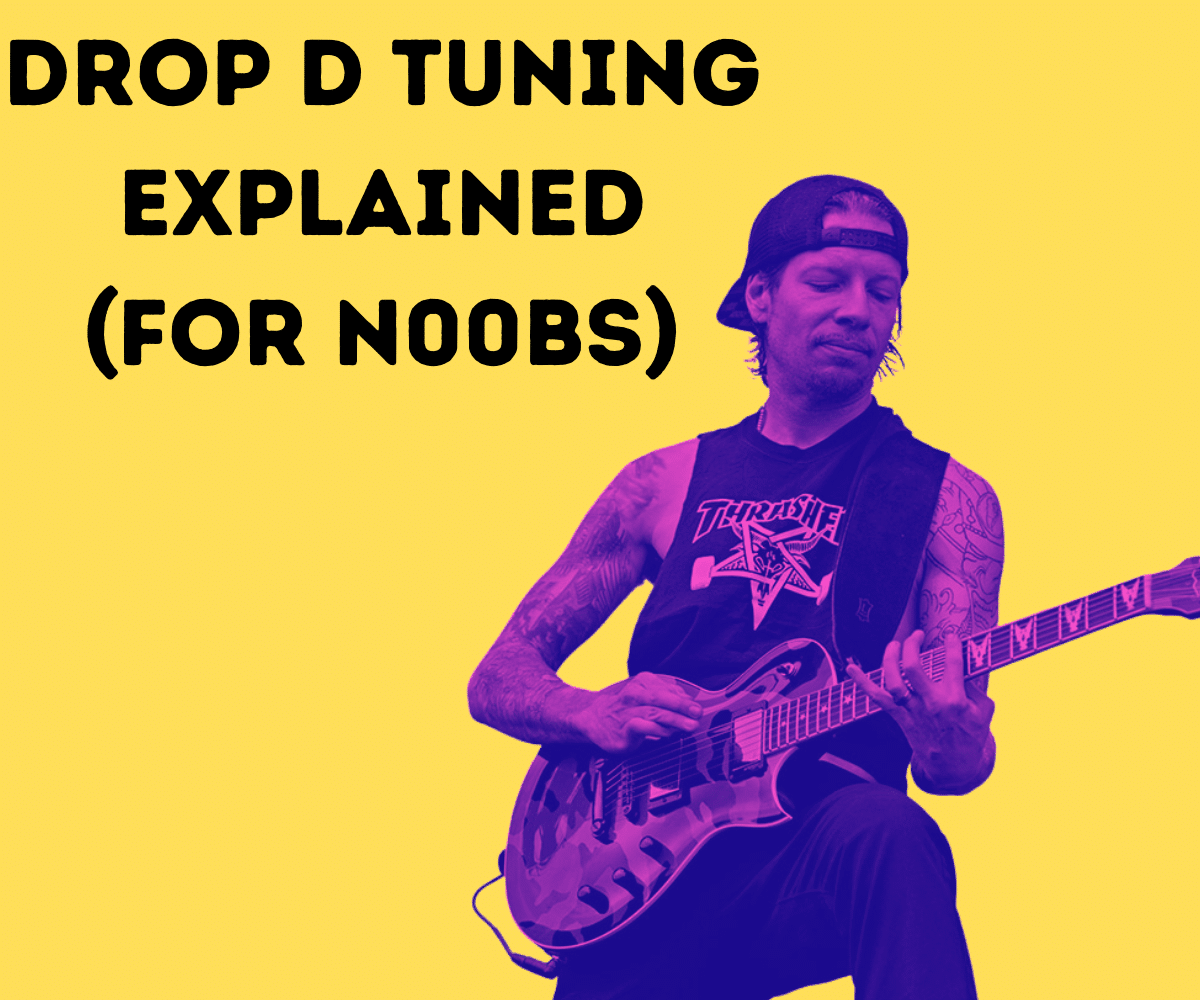 Drop D tuning on guitar is an alternative tuning. Used predominantly in rock, metal, and blues, drop d tuning is great tool to have in your arsenal. Here’s everything you need to know about drop d tuning… 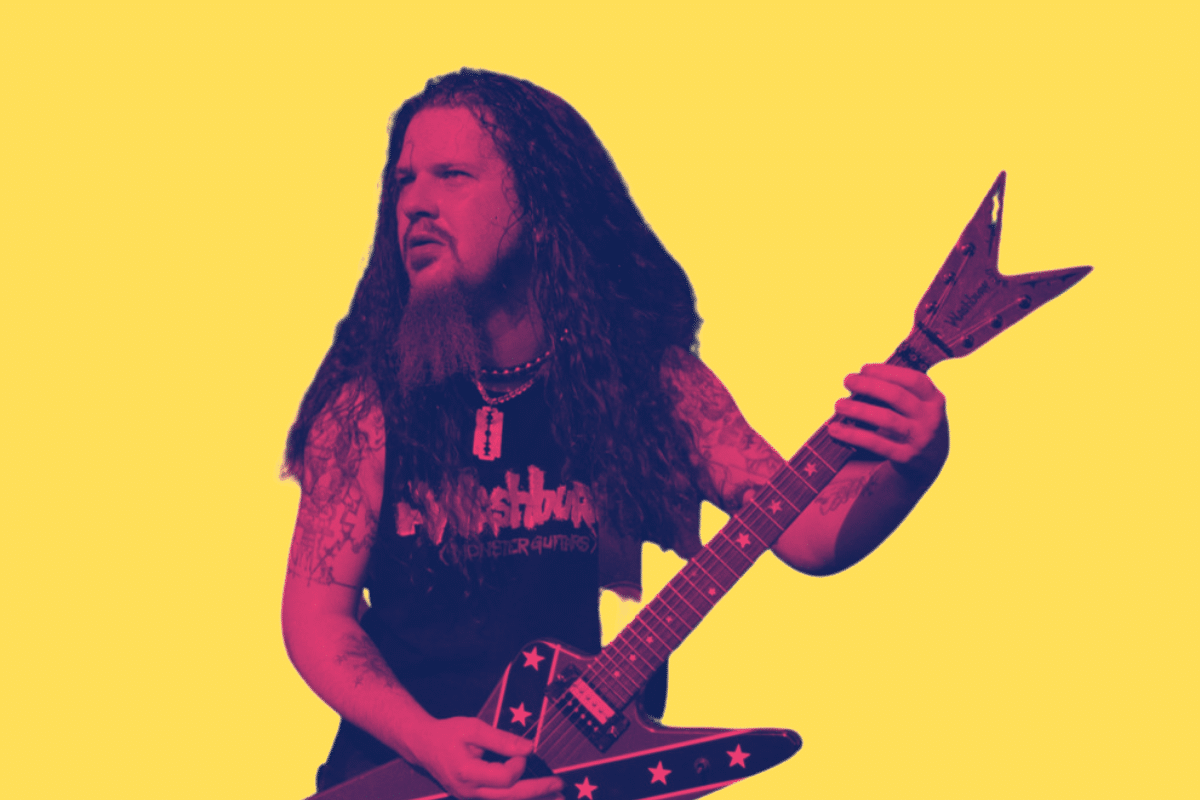