Fender Player Stratocaster Reviews: Still #1 After All These Years?

The Fender Player Stratocaster is where you start when you want a “real” Fender. But are they still the top choice these days? Let’s take a look at reviews from all around the web, as well as our own two cents!

Over the years, the “Made In Mexico” Fender guitars have been looked at as the best value for a genuine Fender. Guitarists have always flocked to the MIM Fenders as “workhorse guitars” that are great for the stage and studio. In fact, many players will tell you that there is not that big of a difference between an American Standard and a Mexican Made Fender.

The thing about this big myth of “American VS MIM” is that it DOES have some truth behind it. The two factories are right next to each other, and they often share the same parts (Bodies, necks, hardware). When I say that the Mexican factory is close, I mean by a few miles. So the question has always been “Should I buy a MIM, or a USA?”. I mean, a Stratocaster is a modular instrument, it was designed to be that way. It was made to be easy to repair, affordable for musicians, and it became iconic for these reasons. A Stratocaster is a simple guitar, construction-wise.

Over the years I have owned both, and my favorite Fender guitars have almost all been MIM. The Fender Player Stratocaster replaced the “Standard” MIM series only by name. The quality that we all know is still there. In fact, there are some upgraded features like the synthetic bone nut that make the Player Series better than the older MIM Standards. So is it still worth it to buy the Fender Player Stratocaster? I think so, and the rest of the internet seems to agree with me.

The Fender Player Stratocaster didn’t just change its name from “Standard”. There were tons of upgrades with the Player Series. You got better pickups, a two point trem, better nut, and more color options. These were usually the first things that people changed about the MIM Standard Series, so it saves you money in the long run! The complete overhaul of the Mexican line was a big move for Fender, but it was a long time coming.

It is not a coincidence either that after the change, Fender had record breaking sales. Now of course this also had a lot to do with lockdowns, but the sales figures actually started before the pandemic. So Fender was on its way to a record breaking year before lockdowns even began. I think this is a “perfect storm” scenario for Fender. Other than lockdowns, more people are learning guitar now. The guitar is a popular instrument, and Fender is a household name.

The few times that I have sprung for a USA Fender, I didn’t feel like it was worth the price. Yes, a few features are nicer. But sometimes I feel like you’re just paying for the “USA” stamp on the neck. The Player Series solved most of the QC issues that Fender had with the MIM lineup. So these days, I almost always recommend a Player Series over the USA counterpart. Believe me, I professionally toured a $400 MIM Stratocaster for YEARS, and it never let me down.

So is the Fender Player Stratocaster still worth it in 2022? I think it is still a great buy for anyone wanting the entry-level Fender that has tons of features to offer. The Player Series is still the workhorse guitar that will be great for playing shows, studio work, and even beginners. But don’t just trust my word. The internet is full of praise for The Player Series Stratocaster.

This is a great place to start for those who want an authentic, yet upgraded Stratocaster. It’s reliable enough to be your main guitar, and even if you want to upgrade the pickups in the future to something more high-class, you’re already starting with a heck of a guitar.

Another nice touch is the ‘F’ stamped neck plate. It may be a simple thing, but having that iconic Fender ‘F’ on the neck plate instead of nothing feels like that extra little bit of effort that elevates this guitar above its Standard ancestor.

Strats are Strats and thus can never outrun their past; they will always pay homage to former glories, but what is great about the Player Series model is that it references tones from across the Strat’s history and bring’s them right up to date.

The new two-point vibrato is neat. It’s one of the smoothest-operating systems we’ve used at this price, returning perfectly to pitch. You might find that old familiar problem with the whammy bar coming loose in the socket problem but a little bit of tape around the thread will fix it.

Fender’s Player Series has been a resounding success and this Strat is quite possibly the best they have ever put together for the price. Looking for a mid-price Strat? This is a good deal.

When Leo Fender designed the Stratocaster, he wanted it to have a unique sound. He designed it with three single-coil pickups. He was successful. It sounded like no other guitar at the time, even with that hum. It didn’t take long for some guitarists to realize that you could play with the pickup selector. Position it halfway between one and two, and two and three, you got a different sound. They called it the Fender Strat ‘quack’.

Nowadays, there is a five-position selector so we can all ‘quack’ as much as we like. All those lovely sounds are now at the flick of a switch. All the sounds of the modern Strat are here. Many of which define what this guitar is all about. A great top end and some warm bottom end with a gutsy mid-range. It is a unique sound. It might not be what it was, but it still beats the competition.

Introduced this past July at the Summer NAMM show, the new Player series guitars seek to lure younger guitarists to authentic Fender sound and vibe. To make the gateway as appealing as possible, they include some thoughtful updates, such as modern C-shape necks carrying 22 frets, Alnico 5-magnet pickups (some models have Alnico 2 or Alnico 3 magnets), and sleek bodies that are hand shaped as per “original specifications.”

Fender knows the audience it’s aiming for with the Player series, and based on the performance of our review Stratocaster, it’s hit the bull’s-eye. Sure, there will be those who’ll knock some of the non-1950s aspects of this guitar, but I say try it before you deny it.

Even by Fender’s standards, the Stratocaster has become an unbelievably popular guitar. The instrument’s beveled curves and three single-coil pickups have made it the favorite axe of players in every genre imaginable, from country and rock and roll to funk, indie, and even metal.  The Player Series Stratocaster is a perfect example of the series as a whole — it’s focused and thoughtful, staying true to the heritage of the instrument while including a couple of exceptional modern touches.

Fender’s Player Series Stratocaster is a triumph for beginners and players on a budget alike. It delivers plenty of Fender character while sounding so good it could easily be mistaken for a much more expensive axe.

Is The Fender Player Stratocaster Worth It?

Even with the recent price hike, I would say that it is still 100% worth the price. The Fender Player Stratocaster has everything you could possibly want in a Strat. The look and sound is absolutely iconic, and I agree with the reviews that say it plays way beyond the budget price tag. The Player Series offers upgrades galore over the previous “Standard” series that it replaced. Fender is bigger, and better than ever.

You often hear the same thing about the budget-friendly Squier line, and those are great beginner guitars, for sure. But make no mistake, the Fender Player Stratocaster is a “real” Strat, and these guitars are played on pro-level stages every night, all over the world. I have rarely seen a professional studio without at least one good MIM Stratocaster on the guitar rack, and that tells you something.

So it doesn’t really matter if you are a bare-bones beginner, or a seasoned pro. I think the Fender Player Stratocaster is worth the price, and the new models are leaps and bounds better than what we had 20 years ago. The Player Plus series is an even better deal, and you get a flatter fretboard and locking tuners. The entire Player Series is a great buy for anyone that wants an authentic Fender, without shelling out $1500 for a USA model. Make no mistake, this is a pro-level instrument that has sold well for over 60 years for a good reason! This Limited-Edition Player Series Stratocaster puts all of the classic features of the Strat at your fingertips while adding a modern edge, plus a bridge position humbucker for a little more rock-and-roll attitude. With a beautifully flamed maple top over a solid alder body, a 22-fret maple fingerboard with a contemporary 9.5" radius for easy bending and an updated 2-point fulcrum tremolo bridge, the Player Series Stratocaster Plus Top is primed and ready to carry you along your musical voyage. 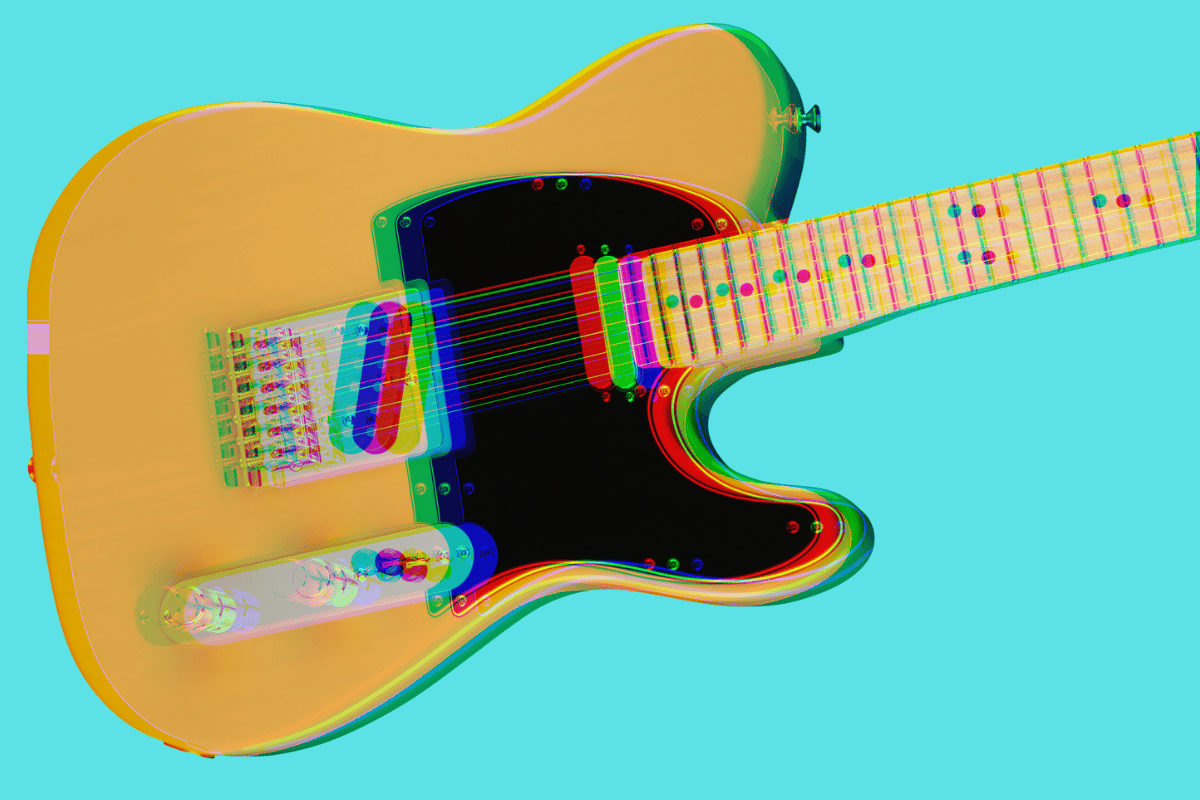 The Fender Player Telecaster is one of the most popular and best-selling guitars on the planet right now. But is it worth buying? Let’s find out... 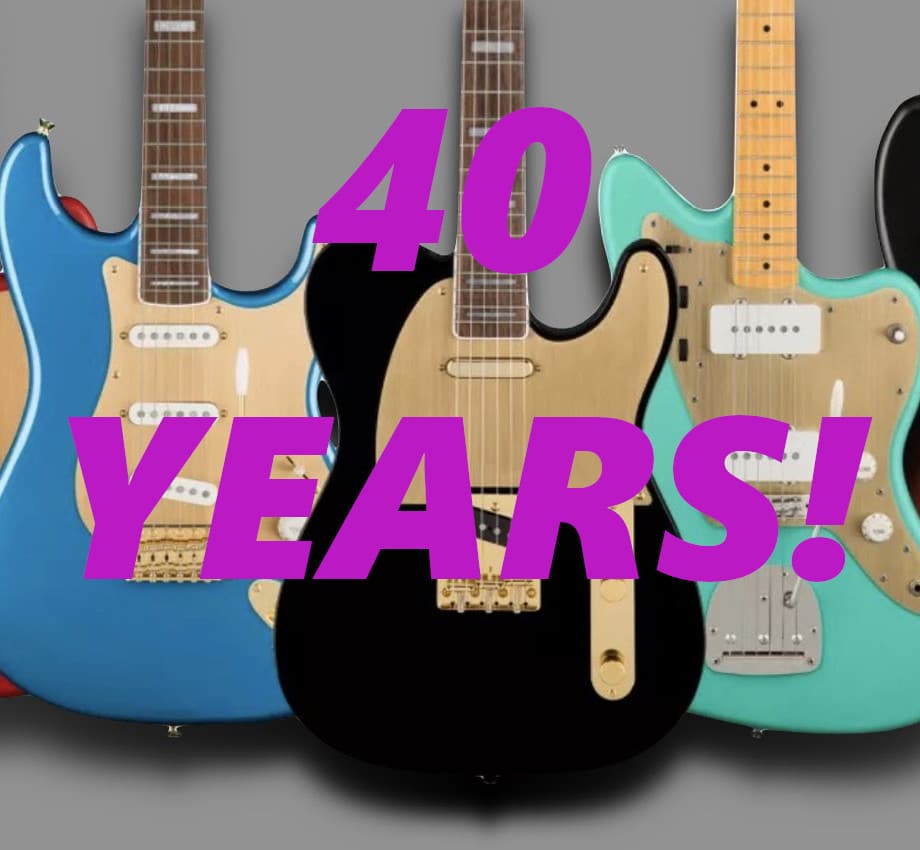 The Squier 40th Anniversary guitars celebrates four decades of affordable Fender models by releasing some very special instruments. But how do they play? 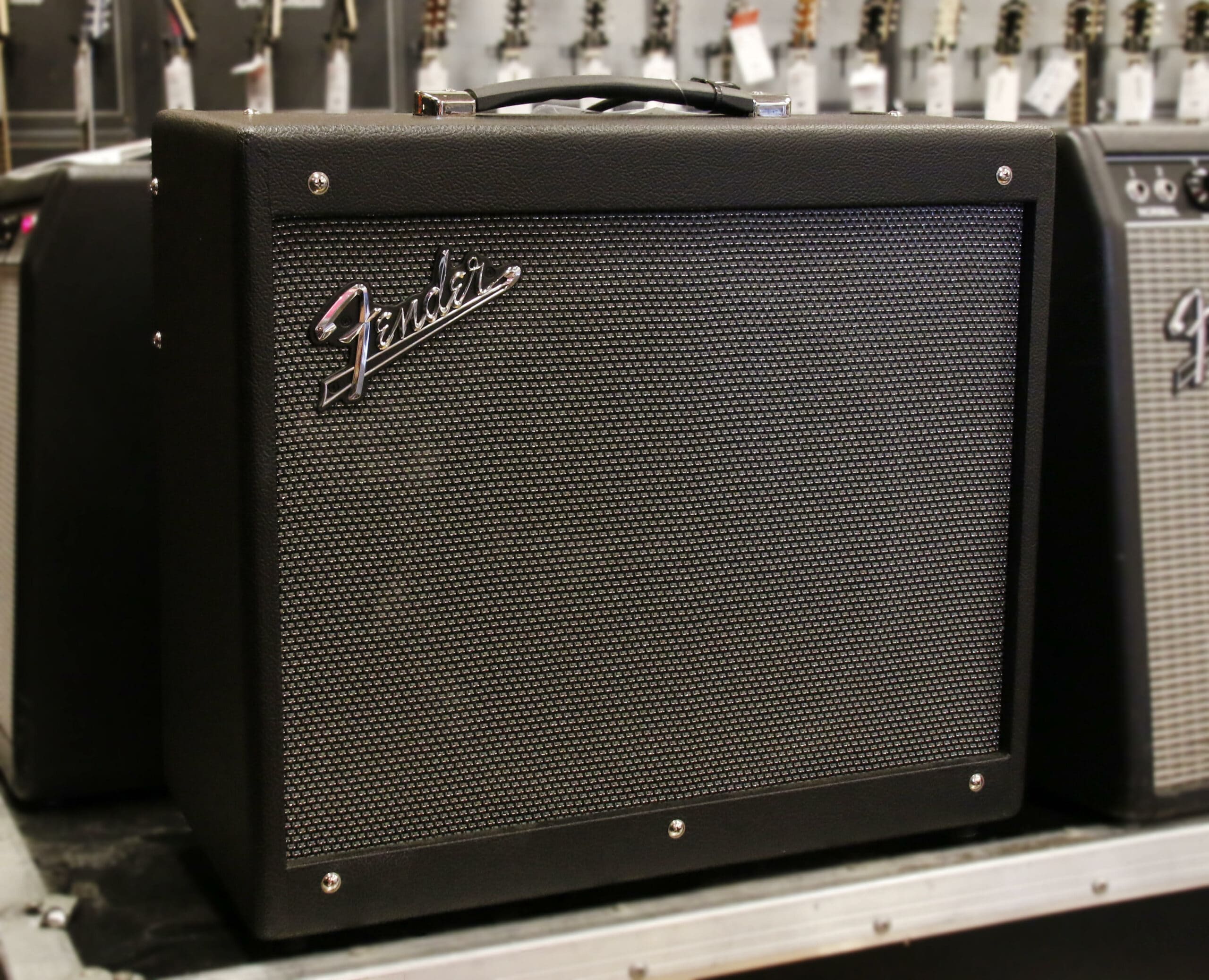 The Fender Mustang GTX 100 is not a new amp by any means, but it is often overlooked in the world of modeling amps. Let's shine some light on this awesome amp!