Jimi Hendrix had an iconic guitar tone, a deafening, heavy, fuzzed-out sound that redefined an entire genre of music. But what pedals did Jimi Hendrix actually use?

Jimi Hendrix is one of the key influences of nearly every guitarist working today, whether they know it or not. Hendrix’s flair for ripping through pentatonic scales, for breaking with convention, for tone, is the stuff of legend. Back when he was cutting his teeth, no one was doing what he was doing with the guitar.

This is why he is considered one of the greats. It wasn’t because he was doing anything all that different from players at the time, with respect to technique; rather, it was the way he DID it. He just sounded different – fresher, heavier.

And part of the reason for this, the thing that MADE Jimi’s guitar tone, save for his use of Fender Strats, were the pedals he used. Of course, Hendrix loved his wah pedals, sure, but he also loved his fuzz pedals too. And his Octave pedals. And he used them unlike anyone else at the time, creating huge, walls of sound that blew people’s minds and changed the game forevermore.

What Pedals Did Jimi Hendrix Use?

During his much too short career, Hendrix played some pretty iconic shows, like his performance at Woodstock 1969, and it is during these performances that we get our best look at the kind of pedals Hendrix liked to use.

Based on images from a few of his iconic shows, we know for a fact that Hendrix used the following pedals regularly:

Compared to modern pedalboards, Hendrix’s setup is fairly spartan. But what he managed to do with it shows you that it ain’t what you got, it is how you use it. And in a time where gear is so prevalent, where there’s so much choice, a guitarist can learn a lot from Jimi’s somewhat limited assortment of pedals.

The wah pedal, of course, is a given. Jimi loved to use a wah-wah pedal, it forms a major component of some of his most famous tunes – like Voodoo Chile, for instance.

The exact wah pedal Jimi Hendrix used was VOX wah pedals. You can still get these, although they will not be the same model that Hendrix used – they’ll be better, more reliable, and with better wiring.

If you want to sound like Hendrix, you WILL need a fuzz pedal. The fuzz pedal is essentially the cornerstone of Hendrix’s entire guitar tone. Without fuzz, Jimi just wouldn’t have sounded like Jimi. Hendrix used Dunlop’s Dallas Arbiter Fuzz Face pedal, as well as its Band of Gypsys Fuzz Face, to add more low-end heaviness to his amp.

Dunlop’s Dallas Arbiter Fuzz Face pedal is still a very popular option, so much so that Dunlop still makes them today. If you want to really dial in Hendrix’s iconic sound, this pedal alongside a wah pedal are the two most essential components. Oh, and a nice 1960s Fender Strat as well. But you could get away using a cheaper Squier Strat like this one.

Over the course of ’69 & ’70, Jimi Hendrix appeared at his most noted live appearances — Live at Woodstock, Live at Berkeley, and Live at the Fillmore East — using a mysterious red Fuzz Face Distortion with white knobs. That fuzz box sounded like a completely different animal from any of the other Fuzz Face pedals in Jimi’s arsenal, snarling with a far more aggressive, biting tone.

The pedal itself has been lost to history, but its unmistakably unique tone lives on in the recordings of those three iconic shows, and Hendrix aficionados have tried to cop that sound for years. We are happy to say that their tonal quest can finally come to a glorious end.

Poring tirelessly over all of the different customized circuit designs Jimi used over the years, our engineers narrowed down this elusive fuzz tone to a version of the Octavio circuit that didn’t have the octave up signal. After making a few tweaks, they nailed it with the Band of Gypsys Fuzz Face Mini Distortion.

Think of the Uni-Vibe pedal as your one-stop shop for chorus, vibrato, and phasing effects. The Uni-Vibe was yet another key component of Hendrix’s guitar tone. He used to add swirling, hypnotic effects to his lead parts and additional presence to his main riffs that made it sound, well… more Hendrix.

Hendrix used the Uni-Vibe to great effect on Little Wing. Another good example would be Machine Gun. Both tracks, without the Uni-Vibe, just wouldn’t sound half as good. Hendrix used this pedal A LOT. He even used it during his now-infamous rendition of The Star-Spangled Banner. This pedal was immensely popular in the 1960s and 1970s. Pink Floyd’s David Gilmore used one up until the early 1970s as well.

The Uni-Vibe pedal used by Hendrix and Gilmore was huge by modern standards, taking up plenty of room in their respective gear bags, no doubt. Mercifully, you can now pick up much smaller versions of Hendrix’s Uni-Vibe pedal. If you’re looking at getting one of these, we’d recommend the Dunlop MXR M68 Uni-Vibe.

You know I said Hendrix was a pioneer? Well, his use of the Octavio pedal adds credence to this statement. By 1967, Hendrix was using his Octavio pedal pretty regularly. The pedal itself was designed and created by Jimi’s sound technician, a dude called Roger Mayer.

The one Hendrix used was effectively a prototype and can be heard in action on tracks like Purple Haze, One Rainy Wish, and We Gotta Live Together.

What did the Octavio pedal do? As the name suggests, the pedal was designed to mix higher octaves into the signal, as well as some additional fuzz. This effect gave Hendrix’s guitar tone a really unique, rather odd-sounding aesthetic – especially for the time period, as not many players were messing around with octave pedals like the Octavio. In this respect, Hendrix was once again leading the way.

So there you have it, a list and explanation of ALL the pedals used by Jimi Hendrix to create his iconic guitar tone. As always, in our modern times, you can do much of the above stuff without pedals, using software like STL AmpHub or smart speakers like the Spark Amp – both are great options for beginners and experienced players alike.

The Spark Amp, incidentally, has its very own Jimi Hendrix expansion pack – you get all the pedals and effects Hendrix used, essentially, so you can sound just like the man himself. If you don’t use a Spark Amp, Positive Grid also now includes its Jimi Hendrix pack inside its amazing BIAS FX 2 software for PC and Mac. All you need to run BIAS FX is a USB audio interface – I use this one – and a PC and/or Mac.

I love my gear, as all guitarists do, but for the past 12 months, I have mostly been using STL AmpHub and BIAS FX 2 for nearly all my playing and practice. I can create any tone I like, access hundreds of head and cabinet combinations, and explore a world of pedals and pedal combinations (without ever having to actually own any of them).

If you’re limited on space (or cash), BIAS FX 2 and STL AmpHub are well worth a look. 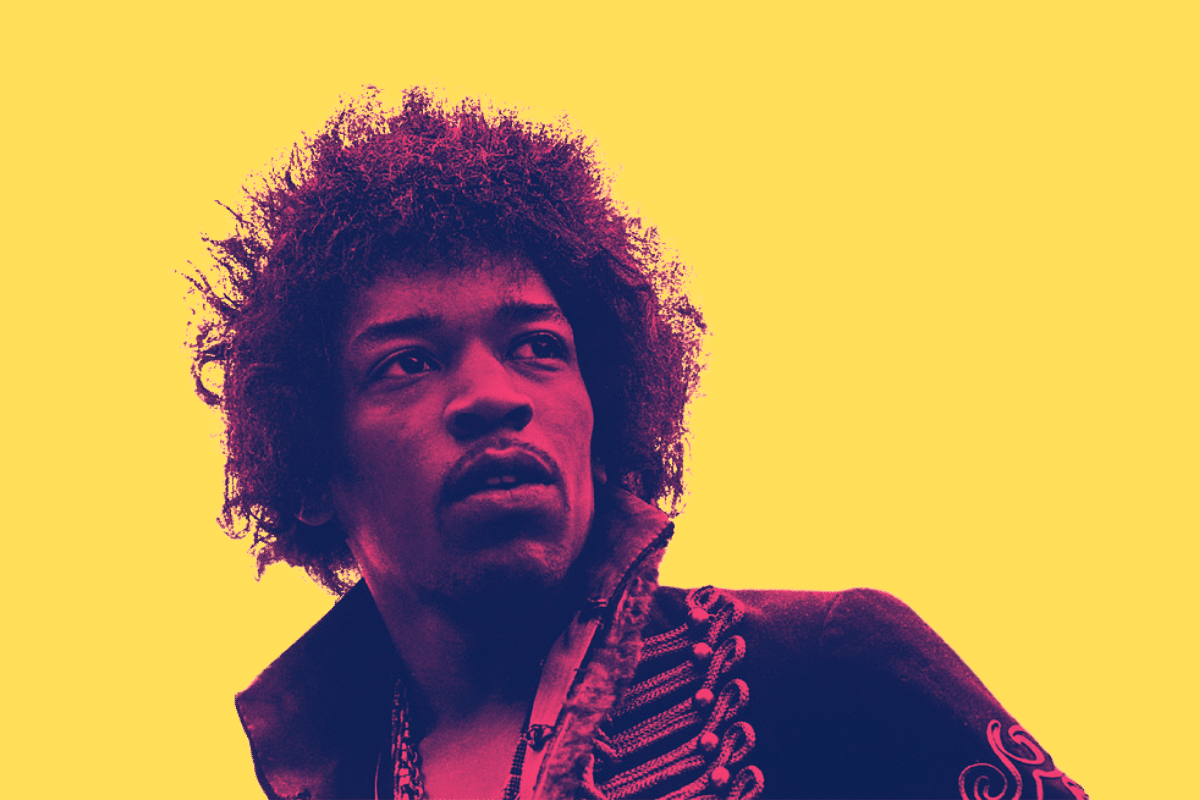 Jimi Hendrix’s PREFERRED Guitar Tuning – And Why He Used It… 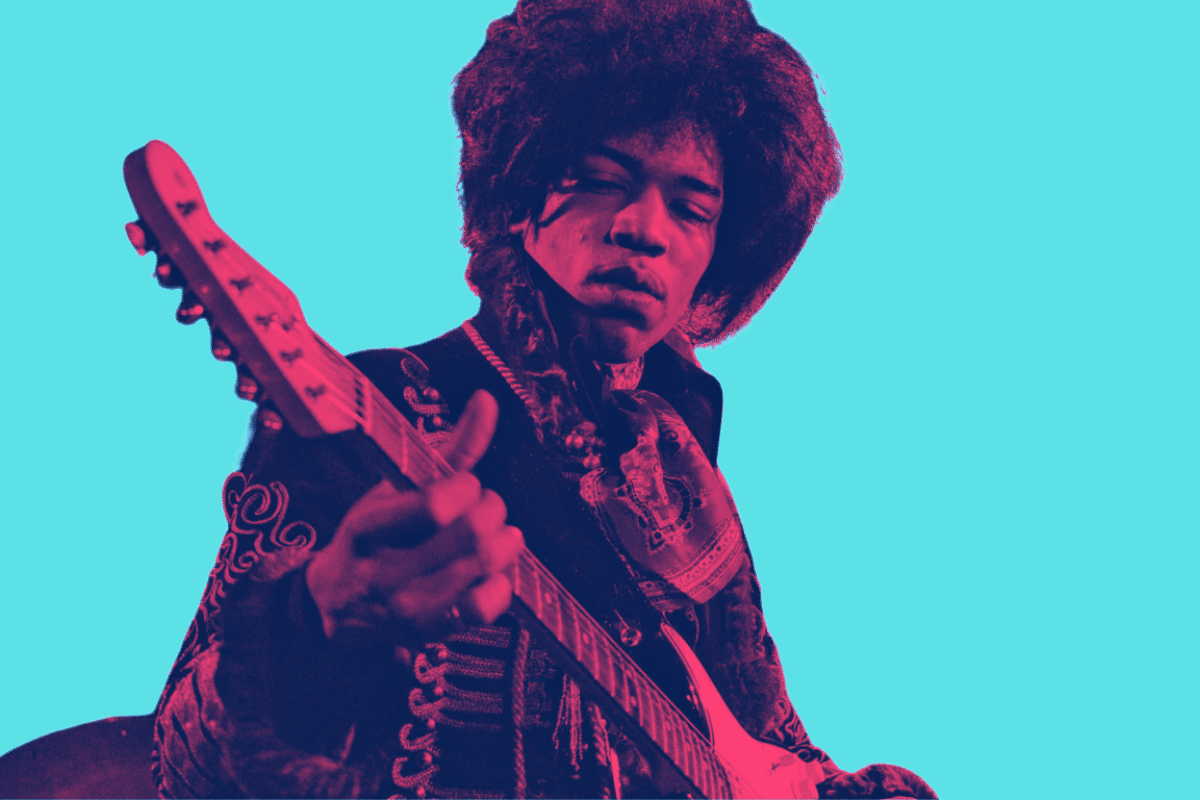 Jimi Hendrix was one of the finest guitarists to ever walk the earth. We lost him early. But his legacy and influence lives on. But why did Jimi Hendrix only ever use Fender guitars?