Are Indio Guitars Legit: We Take A Deep Look At The #1 Internet Sensation!

You have probably heard of these “too good to be true” guitars. So are Indio Guitars Legit? We are going to take a look at the models today, and find out!

I recently took a trip to Orlando, Florida and stayed one night. The hotel was nice, but it was definitely a budget room. I paid almost $200 for that hotel room, and apparently I could get a pretty nice guitar for way less than that. If you are shaking your head in doubt, don’t worry, you are not alone! It is hard to believe!

We are always on the hunt for the best beginner guitars. Beginner guitars can sometimes get a bad reputation for just being unplayable and cheap. To be fair, some of them are. You see tons of “no name” brands that are sold in pawn shops and on Amazon. Most of these are made in China and are a disaster to try to play, even if you are experienced!

Having a decent guitar when you are first starting out is so important. If the guitar does not play well, or stay in tune, you might get frustrated with it. The more frustrated you get with the guitar, the more likely you are to quit playing. I have seen players almost give up completely over bad gear!

I first saw Indio Guitars on a Youtube channel that I follow. Indio makes classic style instruments like Fender, and Epiphone but the catch is…they are all very inexpensive. How inexpensive, you may ask? Under $100 for most standard models. That is… sketchy to say the least.

But I have heard some interesting first hand accounts regarding these Indio Guitars, and the quality of the instruments. Not only that, but I have had a ton of emails, and messages on reddit asking about the Indio Guitars brand for the last six months! So just how good can this cheap guitar be?

Well, apparently these can be really great guitars, but there are a few caveats that we will discuss. It’s not all wine and roses, but the details might surprise you!

Indio Guitars are made and sold exclusively by Monoprice. You may or may not be familiar with this brand, as it has not been around for a long time. Monoprice sells a ton of discount electronics and other products outside of guitars and basses. Monoprice sells cameras, security systems, amps, and speakers. So this is where the Indio brand originated.

The Monoprice amplifiers had quite a buzz about them a few years back. It was unbelievable that you could get an actual tube amp for only $200. I had the opportunity to try one, and these were legit tube amps. Monoprice is pretty amazing when it comes to cost versus quality. So the next logical step was to make guitars.

Indio Guitars come in two different series. There is the standard Series, and the DLX (Deluxe) Series. The jump in price for the deluxe models is really not that high. I mean, we are talking maybe $80 or so depending on the model. So let’s check out both iterations of the Indio, and answer the question: Are Indio Guitars legit?

The most popular guitar in the world is probably the Stratocaster. It has been copied by every brand on the planet, and it is still a very popular style. When it comes the standard Indio Guitars, the “Cali Model” is the most popular. It is definitely inspired by a Fender Strat, and this guitar has similar features:

The Cali Classic models are $99.00 and they even come with a gig bag! This is almost unbelievable, and I fully expected the Indio to be totally unplayable, and basically a piece of firewood. But strangely enough, it is far from being awful! The one I got to play was the “Blueburst” model that seems to be all over Youtube and can be seen in the picture above.

The body is full sized, and the paint job looks really nice. Since it is Basswood, it is pretty lightweight, much lighter than a Fender. But it still feels quite solid. I was very surprised when it came to the neck also. There were a few sharp fret ends, but there were no high frets at all.

The neck itself feels a little thicker than your usual MIM Strat. It has a thicker C Shape, but it is definitely comfortable to play. I could not find the specs on the radius. Playing it next to an actual Fender, the radius seems identical. So it’s safe to say the radius is probably 9.5, just like modern Fender guitars. The neck pocket is tight, with no play in it at all. I am really surprised at how nice this is constructed, but there were a few corners that got cut.

Like I said, there are some caveats. when asking “Are Indio Guitars legit?” we have to explore everything. The hardware is the real downfall on the standard series. I mean, I was not expecting anything amazing from Indio in general. But the hardware is not up to snuff at all. This is all “pot metal” and alloy. The bridge saddles are not going to last very long as they will definitely bend and corrode over time.

The same can be said for the tuners and the nut. This is the cheapest stuff available on the market, and it feels like it. But for about $150, this can be upgraded. If you added new bridge saddles from Fender, they are a direct fit. Add a new nut, and some nice tuners and you now have a GREAT guitar.

Will it be playable and ok without upgrades? I think so, for a while. But you will eventually need to replace some of these parts. But you can even upgrade one thing at a time if your budget is really tight. Upgrade or replace your worn out saddles with official Fender parts!

The DLX Series is a step up in quality in all areas. The wood quality is a little better, and you have a few more options for finishes. Some of the models even have a flame maple veneer. But the biggest difference is going to be the hardware. But the price is still very affordable, between $149-$229 for the DLX Series.

The bridges are definitely better with this DLX model, and so are the knobs and switches. I would probably upgrade the plastic nut, but everything else is pretty solid. The other difference is going to be the setup process. Every DLX model goes to California first, and the guitar is completely setup and ready to play out of the box.

This still puts the DLX Series well in the range of budget guitars. This is a seriously cheap price for a nice guitar. Are these basic guitars? Yes, they definitely are basic. But the classics never go out of style for a reason!

With my experience with the standard model, and the video reviews I have seen, the answer is YES! These are really great guitars for beginners, intermediates, and even if you need a cheap backup guitar. I was surprised to find these, and I cannot believe how much guitar you are getting for the money.

Now this can also be a cool project guitar for you also! If you wanted to strip these guitars down, and replace the pickups and hardware, you could have your own “custom” guitar. You don’t always need a super expensive axe to get a good tone, and with the Indio Guitars, everything is easy to replace with aftermarket guitar parts.

I have a plan to order one of the “offset” models, and completely strip it down. I will replace the nut, pickups, tuners, and hardware. I have all of the items I need in my Amazon cart, and the total price including the guitar, is only $480. I picked out the best of the best, all name brand. That is a steal!

So if you were wondering if these Indio Guitars are worth checking out, they definitely are!

They definitely are. These are great guitars for beginners, or for someone who wants a “project guitar”. Don’t let the price fool you. These are really well made.

Why are Indio Guitars So Cheap?

Indio Guitars are so affordable mostly because they are made overseas. But the hardware is also less than stellar quality. However, the wood and construction is actually very nice and makes for a good modding platform.

Does Every Indio Guitar Come With A Gig Bag?

Yes. Every model comes with a gig bag and accessories. 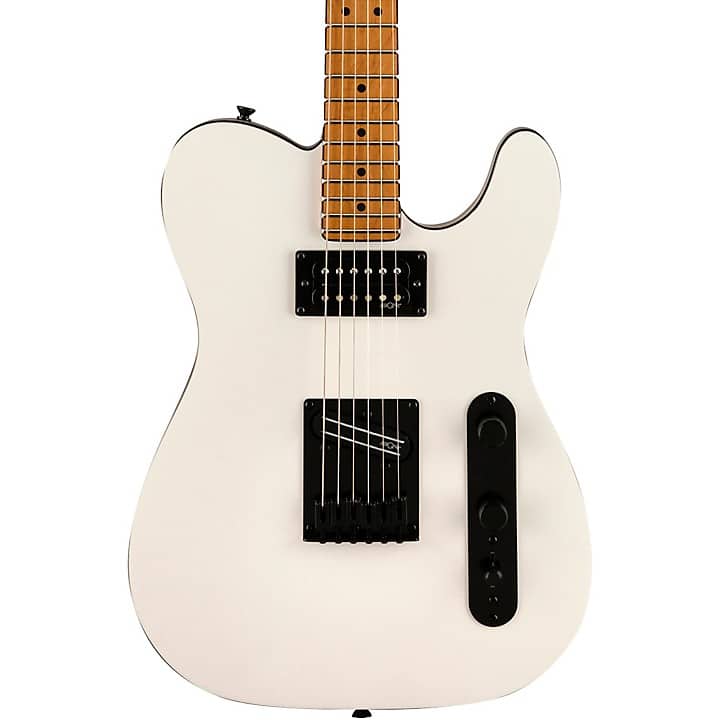 The Squier Contemporary Telecaster is another great addition to the Contemporary Series made to shred. This axe is anything but traditional! 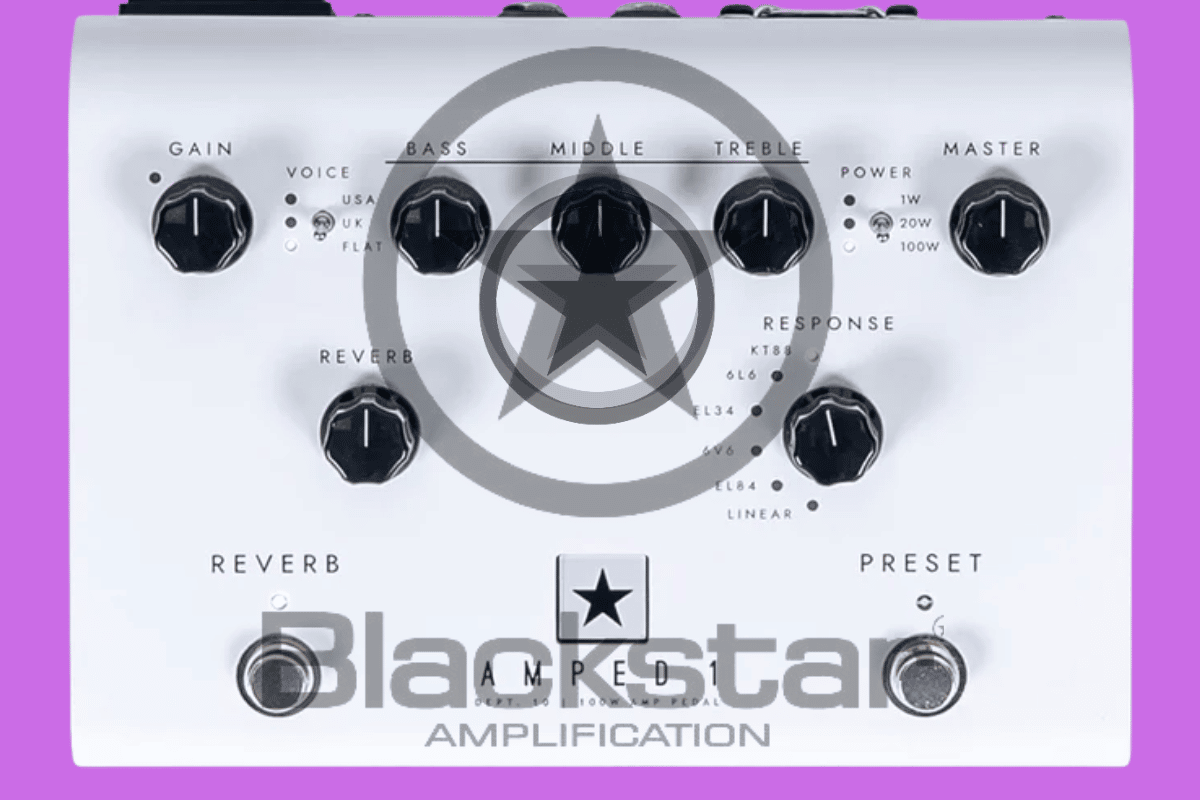 The new Blackstar DEPT. 10 AMPED 1 is an amazing guitar amp that can fit right on your pedalboard! There is a LOT to talk about here! 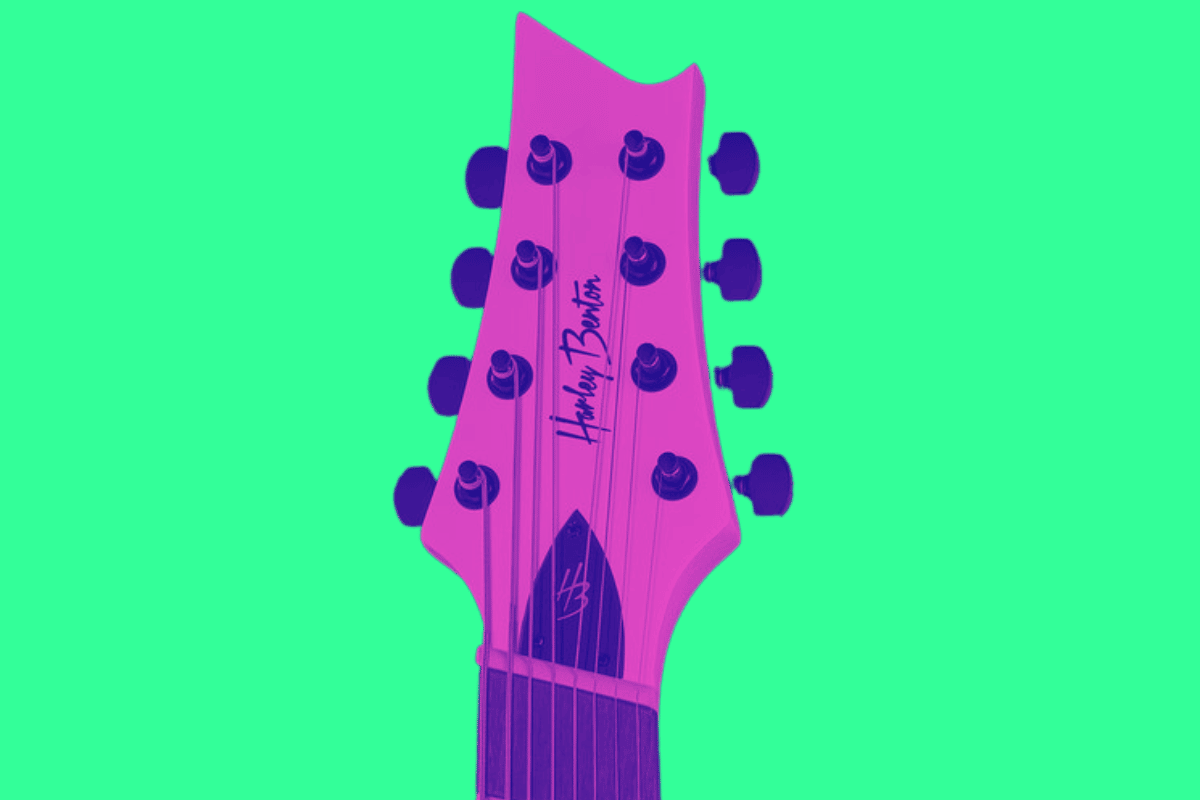 Harley Benton Guitars has a massive selection, and we are going to break down every aspect of the company for you, so you can make an informed purchase.