What Is A Trembucker? Don’t Worry, We Didn’t Know Either!

I had seen the question come up on several forums before. “What is a Trembucker?” in regards to a Seymour Duncan Pickup model. I did not really know the answer until now!

If you have ever been interested in buying some aftermarket pickups, you will notice that there are tons of options out there. There are active pickups, and then there are passive pickups. You even have pickups that are meant to be used for certain genres. Every pickup manufacturer has a pretty wide variety of choices.

When buying new pickups, you always want to check which kind you need. If the slot is for a single coil, you will need to buy something that will fit that route. The same goes for humbuckers. You should always measure your guitar’s routing, and then measure it against the size of the replacement pickup. Most pickup manufacturers have the exact dimensions for each pickup on the official websites.

Somehow, I was mostly oblivious to the idea of “F-Spaced” or the term “Trembucker”. We will get into the reasons why I did not notice that this was a big deal, but as it turns out, it definitely can be! Today we will answer “What is a Trembucker?” and take a look at why it may or may not matter to you as a guitarist.

What Is A Trembucker?

A “Trembucker” or “F-Spaced” pickup is designed for guitars that have a Fender style tremolo system, or a Floyd Rose Trem system. The Trembucker pickup is spaced slightly larger than your standard humbucker, as the string spacing for a trem-equipped guitar is slightly larger than that of a fixed bridge guitar. A standard humbucker is usually 2.695 inches, while a Trembucker measures in at 2.790 inches.

So it all comes down to your guitar’s model, and bridge style. If you have a fixed bridge guitar like a Les Paul, then you need the standard version of the humbucker. But if you have a Trem system, the you should to look into getting a Trembucker, or “F-Spaced” sized pickup. Seymour Duncan and Dimarzio Pickups currently offer the most options when it comes to Trembucker sized pickups. However the term “Trembucker” is strictly a Seymour Duncan term.

It should be noted that there are a few exceptions to this rule. Something like active pickups, have a large bar magnet instead of individual pole pieces and bobbins. So you do not need to worry about spacing when it comes to active pickups. All active pickups work the same whether in a fixed bridge, or a Floyd Rose.

It is also important to note that the bridge position pickup is the one that needs to be Trembucker sized. Because this is going to be the widest point for the string spread on a guitar with a trem system. This will ensure that the strings line up perfectly with the pole pieces of the bridge pickup. The neck pickup is at a smaller spread when it comes to string spacing, usually, since the spread gets slimmer the closer we get to the nut of the guitar.

There is the argument that most pickups have a strong magnetic field and that strings lining up perfectly with the pole pieces of a pickup doesn’t really mean much. Since pickups are essentially the “microphone” for your guitar strings, I can see the point in this argument. But if you are slightly OCD about aesthetics…you probably want the strings to line up with the pickups perfectly.

However, if you look at Eddie Van Halen’s famous “Frakenstrat” guitar that he recorded with, and played thousands of shows with…it is definitely off. It looks like Eddie just hacked up the body of his guitar, and shoved a pickup in the cavity, in a slanted mount position. Well, it looks like that because that is exactly what he did! Did it change the tone, since the pole pieces did not line up with the strings?

What Is A Trembucker: Wrapping Up…

I have to admit, I am a little embarrassed that I did not know what a Trembucker was until just recently. But at the same time, I usually use active pickups on my guitars that have a Floyd Rose. So it is understandable as to why I have never seen the term too often.

I am also not 100% convinced that Trembucker spacing makes any real impact on tone. It certainly looks better. But as far as the pickup producing an accurate sound, I do not think something as small as bridge spacing is going to make or break your tone.

Everyone is different when it comes to guitar gear preferences, so the choice is really up to you! 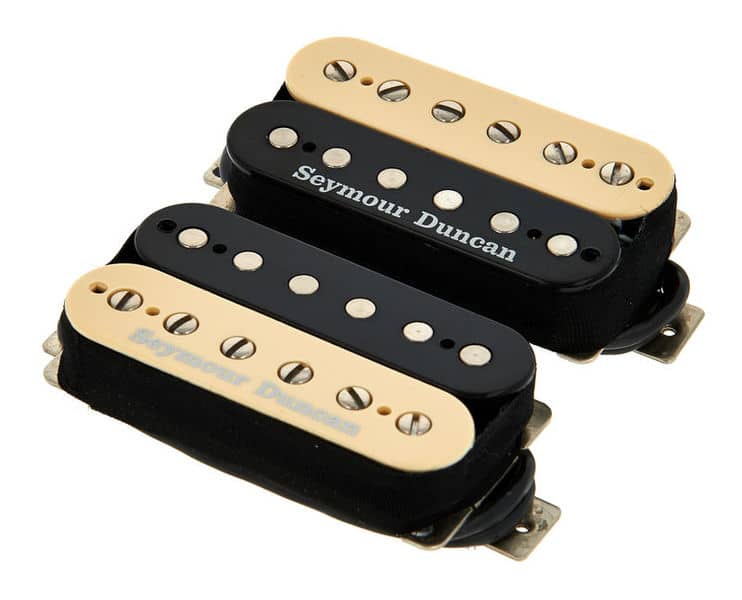 The Seymour Duncan Pearly Gates pickup was designed with a few specific purposes in mind, but what we got was a genre-defying pickup any guitarist could love! 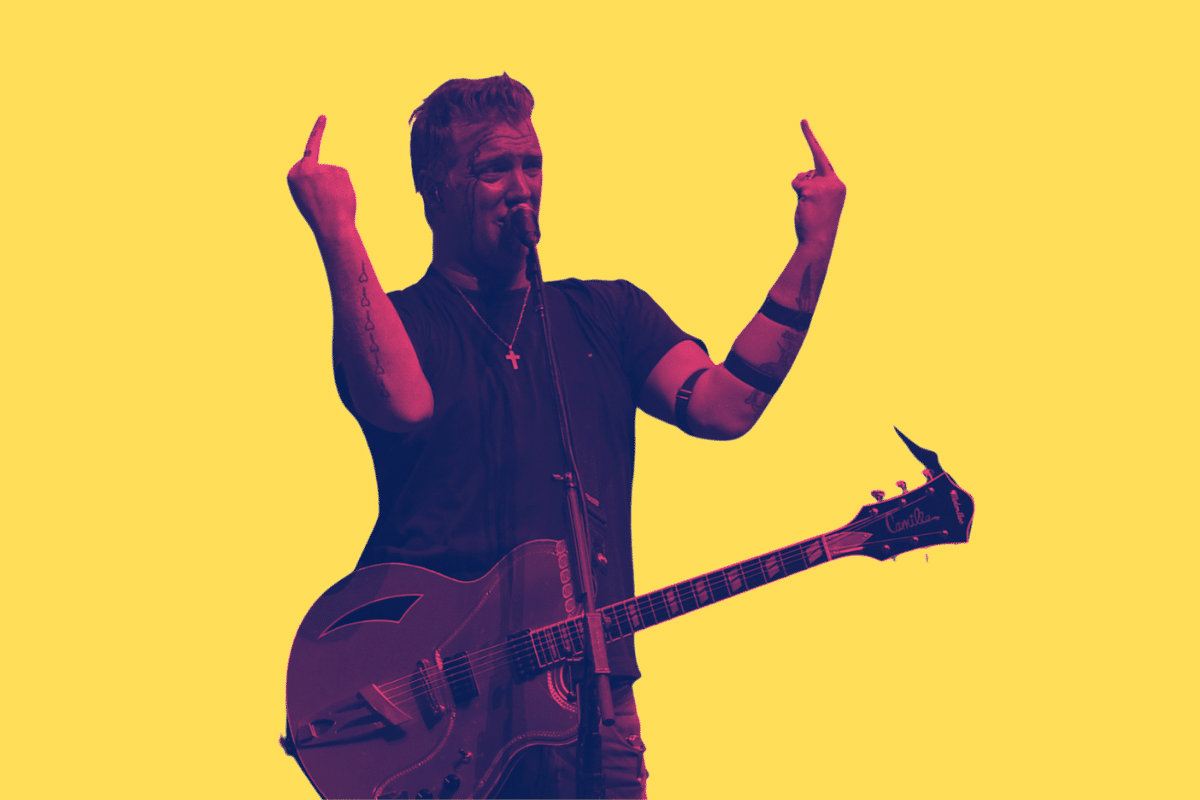 What Pickups Does Josh Homme Use? Let’s Find Out…

Josh Homme has many guitars, most of them odd choices, and plenty of chops. But what pickups does Josh Homme use to dial in his iconic guitar tone? Let’s find out… 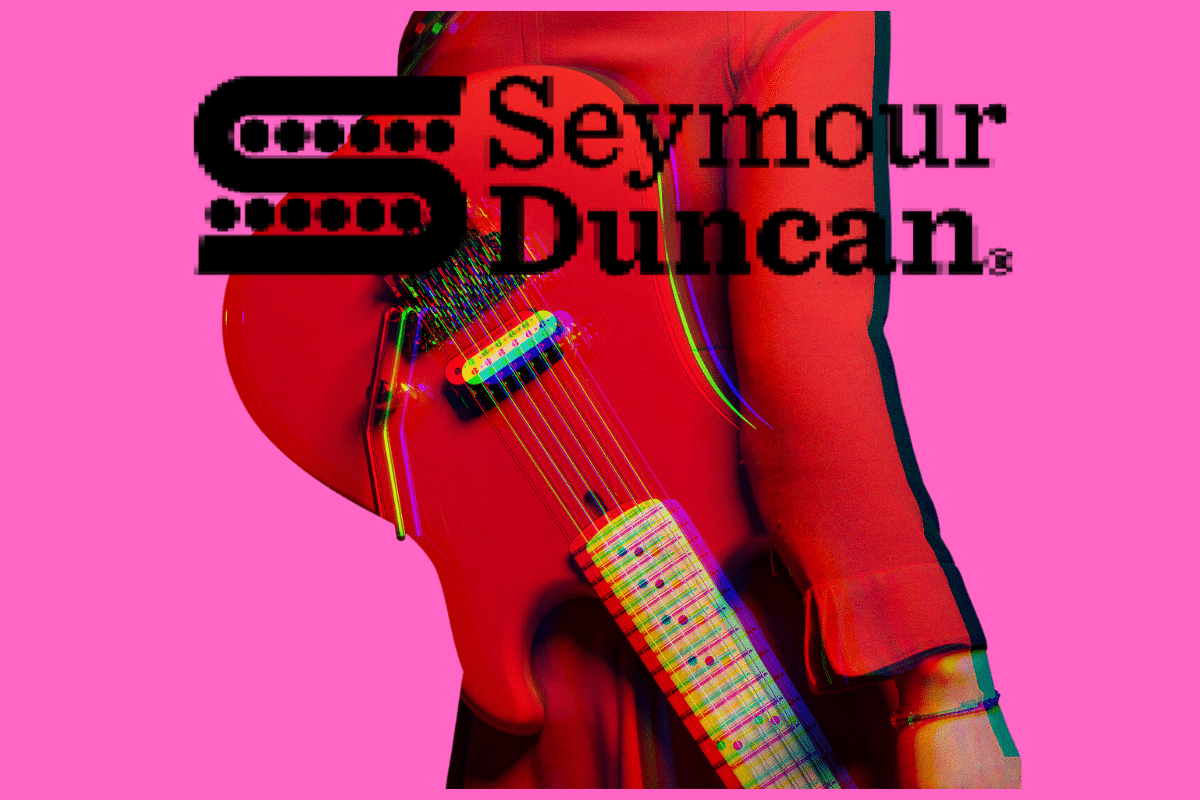 The 3 new Seymour Duncan pickups that were just announced are modern takes on some classic sounds. Today we got over each one in detail!