The Schecter Jack Fowler Traditional is the newest signature model in the 2022 lineup. It may look like something you have seen a million times, but looks are very deceiving!

The Schecter Jack Fowler Traditional was a bit of a surprise this year. If you are not familiar, Jack Fowler was the lead guitarist of Sleeping With Sirens up until this year. Jack had been with the band since 2011, and had played PRS guitars for a while. He signed on with Schecter this past year, and worked out this new signature guitar.

So what is Jack doing now? I think he could maybe be joining another band, or maybe starting a solo project. Schecter seems to really like solo project guitarists lately, with the Nick Johnston models being best-sellers, giving the Big F a run for the money.

The Nick Johnston Series has been incredibly important for a lot of reasons. One of the biggest reasons is that the guitar sheds some new light on what Schecter is capable of. The Schecter Jack Fowler Traditional is the newest in a series that shows that Schecter is not the “edgy Metal brand”. This is an image issue that the company has tried to fight for a while.

We talk a lot about Schecter here, mostly because I play them exclusively, so I get to see and play a lot of them! I started playing them in 2016, after being with PRS and Ibanez over the years (Kind of like Jack, actually). Schecter have been the best to me, as a musician so far. But the “image” problem seems to haunt the brand.

But Schecter has quite the reputation in the guitar community. Most guitarists will agree that they are great guitars, especially for the money. The quality that you get for the price you pay is phenomenal, and no one denies that. Almost every guitarist that plays a Schecter at least once will agree about the quality.

The other side of that reputation is the sometimes garish designs. The Schecter Hellraiser is still one of the flagship models, and it is covered in abalone. Likewise, the Avenged Sevenfold models have also received some criticism. My Damien Platinum model has bats on the fretboard, and I get a lot of “comments” about that guitar.

These over-the-top “Heavy Metal” designs are what Schecter are known for, and it can be hard to shake that reputation. But the Schecter Jack Fowler Traditional is a step back into the past, when Schecter made hot-rodded “S-type” guitars. People forget that the brand was not always “Metal”. In the 80’s and late 70’s Dave Schecter sold all kinds of parts for guitarists to “amp up” their guitars!

Lately we have not only seen Schecter in a return to form with the two different Nick Johnston models, but also the beautiful Van Nuys guitars. The Schecter Jack Fowler Traditional fits right in with those guitars, as a hot-rodded style guitar that looks very traditional. But we assure you, it is NOT like every other S-type guitar.

So let’s take a look at the Schecter Jack Fowler Traditional, go over the features, and give this guitar a spin! Featuring dual Pasadena pickups, this is NOT your typical "Traditional". Locking tuners, a TUSQ nut, and a bridge that can dive AND stay in tune! Extra Jumbo frets and a great neck make this a shred machine!

The biggest mistake you can make looking at any of the Schecter “Traditional” Series is to think “this is just another Strat”. I have a feeling that the Schecter Jack Fowler Traditional is going to be a lot like the Nick Johnston, which we call “the poor man’s SUHR” around the office. We all own one though, and I might buy another one!

Because just like a high priced SUHR guitar, the Schecter Nick Johnston feels like a sleek, shred machine. But it looks very unassuming, and just like a million other guitars. The Jack Fowler is the same, in that it looks like a dual humbucker Strat. But Fender have never made a neck like this, and there are a few other secrets under the hood.

The Schecter Jack Fowler Traditional comes in two colors, with two different bridge options. The Black Pearl option is an awesome thin coat of matte black. The Ivory color on the other hand is full gloss, and closer to a Fender “Olympic White” that has aged. There is also a fixed bridge option in both colors, as well as a traditional trem option (More on the trem later!).

Both colors offer different body woods, which is an interesting choice. But let’s go over the features that they share and have in common. Both models are essentially the same, minus a few details:

There is a lot to talk about here, since the Schecter Jack Fowler Traditional shares a lot of features with the Van Nuys models, but especially the Nick Johnston Series. It definitely shares more than just the neck shape. The body of both models is pretty much identical to the NJ Traditional. I put them back to back, and they are the same.

The Schecter Jack Fowler Traditional model that WE got to play was perfect right out of the box. It was setup, and the intonation was just about perfect. There were no defects, and the Indonesian factory is catching up with South Korea when it comes to quality. The fretboard was a little dry, as is usually the case. But it was perfect out of the box, so thanks “Inspector #42”!

The neck on the Schecter Jack Fowler Traditional is also very familiar. This is the exact same neck that you find on the Nick Johnston Models that feature an Ebony fretboard. The difference is the inlays, being dots instead of brass rings. I have played this neck for the last year, and it is one of my favorite necks of ANY guitar.

This is one of the features that set the Traditional Series that sets it apart from other guitars of its ilk. The 14” radius and jumbo frets feel alien on a Strat style guitar, and make it feel much more like “Shredder” guitar. This is where the comparison to SUHR Guitars come from.

The Pasadena Pickups are straight out of the Schecter Custom Shop and made in the USA. These are great pickups that are versatile enough to do lighter music, but the overwound set is better suited for distortion. These are definitely the “PAF on Steroids” that Schecter was known for in the 80’s.

The neck pickup works well for solos, especially if you turn down the tone knob a little bit. The coil split option is where things get interesting, since you can get some solid Strat-style neck tones. Considering how hot these pickups are, there is very little drop in sound when you split the coils.

The bridge pickup on the other hand is HEAVY. I mean, I doubt that Jack Fowler will be doing a Country album anytime soon, so this pickup is perfect in the bridge. Personally, I think the coil split works a lot better with the neck pickup, but it can get really nasty with the bridge position.

The different bridge options will depend on the player, but I prefer the trem version. This trem on the Schecter Jack Fowler Traditional is the same that you find on the Nick Johnston models. It stays in tune perfectly when doing big dives, and rivals the Charvel Gotoh 510 bridges.

This is because the whole guitar is a system, and the combination of the locking tuners and TUSQ nut definitely contribute. I also have over a year of experience with this bridge, and it is perfect. I toyed with the idea of replacing it with a “better” bridge, but it already works perfectly.

Everyone knows that I love Schecter, and I play the guitars exclusively. This does not mean that the brand is safe from criticism. I think the Schecter Jack Fowler Traditional is an absolute fantastic guitar, and I love everything about it with the exception of the knobs. This is an exceptional guitar, and it plays really effortlessly.

But this is because the guitar is basically a Nick Johnston model with dual humbuckers. That guitar took years to develop between Schecter and Nick, and the Diamond Series models rival the USA counterparts. Schecter has had a huge hit with the Nick Johnston models from people frustrated with bigger brands that refuse to “modernize”.

So if you love the Nick Johnston models, and want a dual humbucker version of those guitars, the Schecter Jack Fowler Traditional is a perfect choice (Buy it, Jesse, on the Schecter Forum!). The guitars are nearly identical, and that’s where I have the problem. Signature models should have something very special about them.

If you look at the rest of the Schecter Artist Roster, everyone has their own “thing” with signature guitars. Until we get to this guitar, that is. I like that we get two options for bridges, and two different colors. But just throwing a different name on Nick Johnston’s guitars seems a little lazy for a great company like Schecter.

With all of that being said, these are fantastic guitars for people that want a little bit more “oomph” from the Traditional Series. The Pasadena Pickups are hot and versatile, and can definitely work for some heavier music styles. The fixed bridge version would be perfect for down-tuning.

But I don’t know, Schecter. I love you guys, but just slapping the name on a guitar does not a “signature” guitar make. I think the guitar would have been just as popular without Jack Fowler’s name on it. In fact, I would love to see Schecter take the Traditional Series necks and features, then experiment with it as its own lineup. This could easily be its own series, and people would buy it!

I’m not mad at you Schecter, I am just disapointed.

Featuring dual Pasadena pickups, this is NOT your typical "Traditional". Locking tuners, a TUSQ nut, and a bridge that can dive AND stay in tune! Extra Jumbo frets and a great neck make this a shred machine! 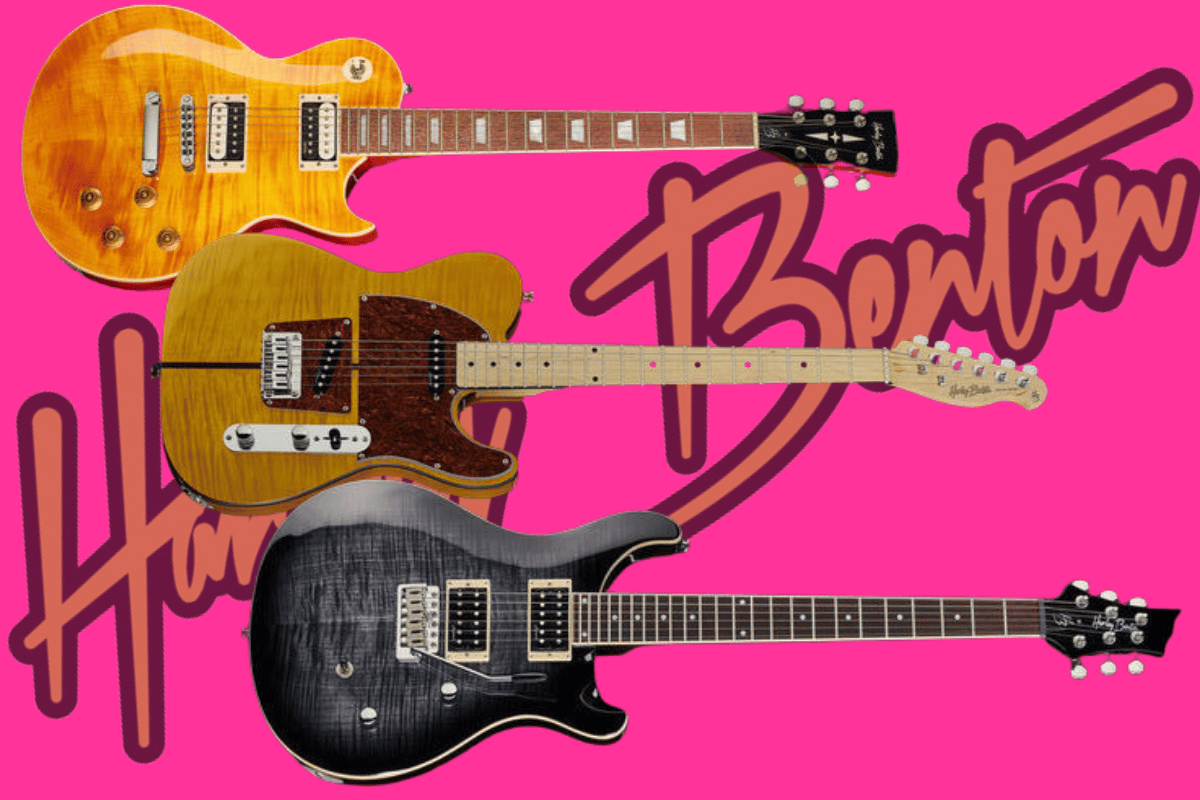 The Top 3 Harley Benton Deluxe Series Guitars Review: Are They Any Good?

It Looks like the Harley Benton Deluxe Series has some of the best deals around for budget-minded guitarists. But are they worth it? Today we pick our top 5! 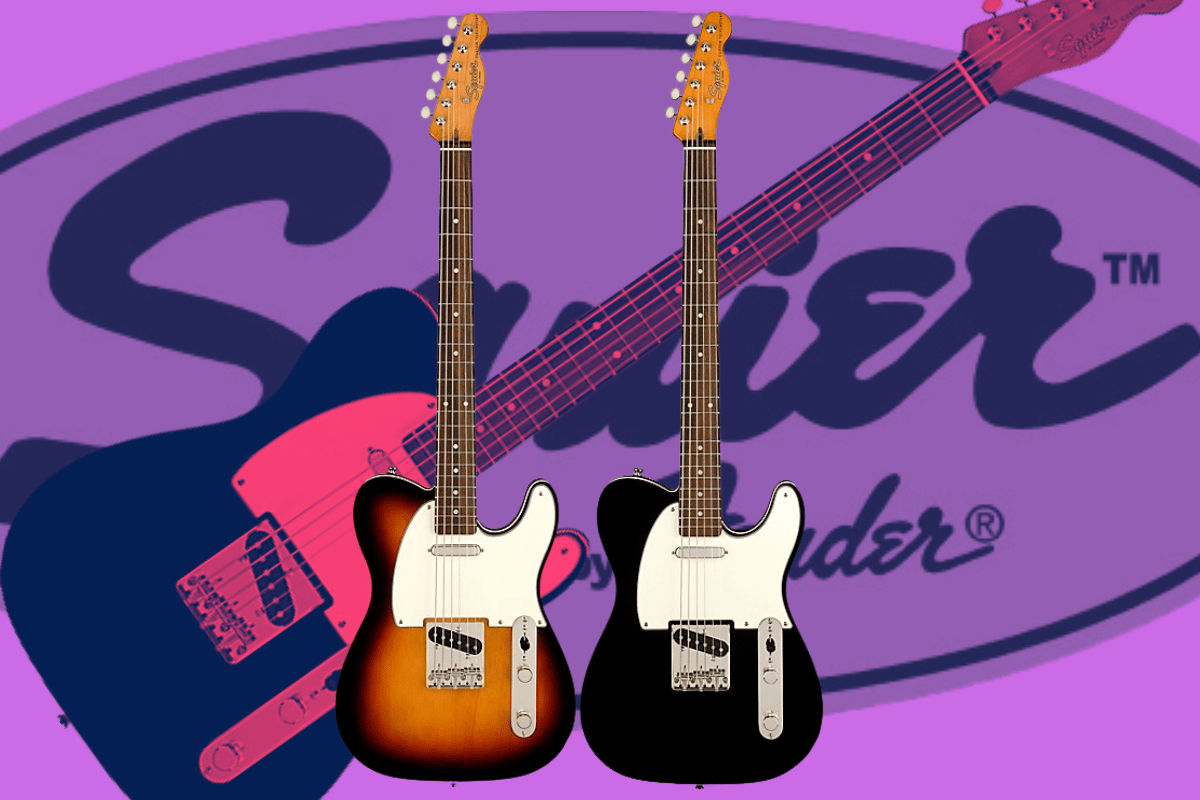 The Squier Classic Vibe Baritone telecaster has arrived, and it is pretty amazing for the budget price. Today we go over what a baritone guitar can do! 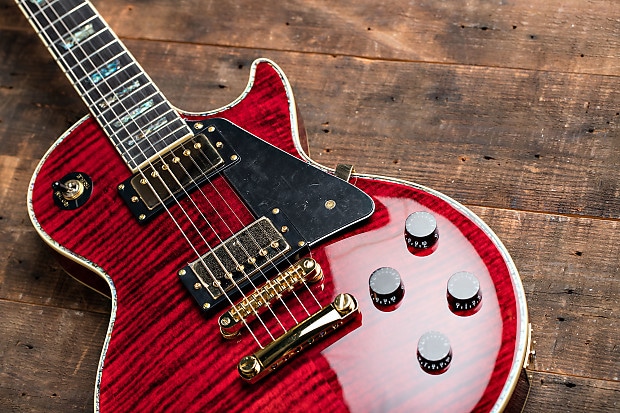 Have you heard of the new AIO Wolf Guitars? That's funny, because I had not either! Today we check out these amazing LP style guitars.