How To EASILY Find & Remember Fretboard Notes on Guitar

Memorizing the fretboard notes on your guitar, even if it is just the bottom string, is one of the best things you can do to improve your playing…

Ah the fretboard. The home of all the greatest guitar riffs ever created and the bane of all new guitarists.

Learning the fretboard, knowing all of its notes, might seem impossible if you’re just starting out.

But do not worry, with time, it does start to feel more familiar. Apply some focussed effort, however, and you can pick it up even quicker.

As always, when it comes to learning new things, you want to start with bite-sized chunks. And in the context of your guitar’s fretboard, that means starting with the bottom string.

This guide will show you A) how to quickly memorize the notes on your top and bottom string, B) how sharp notes work, C) how to find another note once you’ve located one note, and D) how to test yourself, so you’ve got it.

FYI: when I say “bottom string” on guitar, I am referring to the fattest string on the guitar, your e string. The thinnest string is called the top string.

How To Quickly Learn The Notes On Your Guitars String

The first thing you need to know is how the notes on a guitar actually work – don’t worry, this guide will not feature ANY music theory.

Just simple, actionable stuff you can easily understand and put to use right away.

The notes on your guitar’s bottom string, in standard tuning, look like this:

This takes you from the first fret right down to the 12th fret – this is one whole octave. After the 12th fret, the pattern listed above just repeats again – the notes run the same:

The # symbol next to a note means it is sharp. You don’t need to worry about this for now, not for the purposes of this guide.

All you need to remember is that ALL the notes have a sharp version of them which comes after the standard version – F# follows F, for instance, and A# follows A.

The ONLY two notes that DO NOT have a sharp are B and E.

This means, with respect to the guitar fretboard, if you’re playing an E on the bottom string, the next note IS NOT E# but F instead.

Basically, whenever you hit a B or an E on a fret, the next note down is a full step to either C or F, not B# or E#.

And remember: if you know the alphabet, you can memorize all the notes on the bottom string.

Why Is Fret One on The Guitar F And Not E-Minor?

Remember what I said about the notes B and E?

They DO NOT have a minor note, so the first fret on your guitar fretboard is an F – F follows E, after all.

When you get to the fifth fret on the bottom string, you’re at A – this is where blues and much of rock and roll lives.

From this fret, you can rock out with at the A-Minor pentatonic scale.

Jimmy Page loves this spot, and so too do most rock guitarists of note.

The fifth fret is a great place to practice your minor pentatonic scale because it is mid-way down the guitar neck and isn’t too much of a stretch for your fingers.

What About Learning The Other Strings?

Again, it’s pretty simple: just apply what you learned above.

The third string is tuned to D, so the first fret would be D#, then E, then C, then C# and so on.

You know what each string is EADGBE, so you can quickly figure out the notes on each string using the method above.

And once you know the bottom string, you also know the top string too because they’re both tuned to E.

This means you only really have to worry about four strings.

Do NOT Overload Yourself

The stupidest thing you can do is to try and memorize all of the notes on the guitar – that’s insane. And incredibly boring.

Instead, use this method to understand the E string, then apply it to A string, and then the D string.

Once you’re comfortable with the procession of notes, and you can remember that there is no B# or E#, do yourself a little test.

It’ll take a while the first few weeks, but with diligent practice you’ll soon start to feel way more at home on the fretboard, knowing where all the notes are more or less instinctively.

This little fretboard hack helped me immensely when I was first starting out. If you can find an E, for instance, it doesn’t matter what string it is on, you can instantly find another one without even thinking about it.

Just do this: go down two strings and move a long two frets – that is the same note.

For instance, if you play an A on the bottom string (fret 5), you can find another A on the D string located at Fret 7.

This little hack works for ALL the notes and on all the frets up and down the guitar neck.

If you need more tips and advice on learning how to play better, sign-up to our free Guitars Basics Course.

Intervals For Beginners: The #1 Way To Unlock The ENTIRE Fretboard! 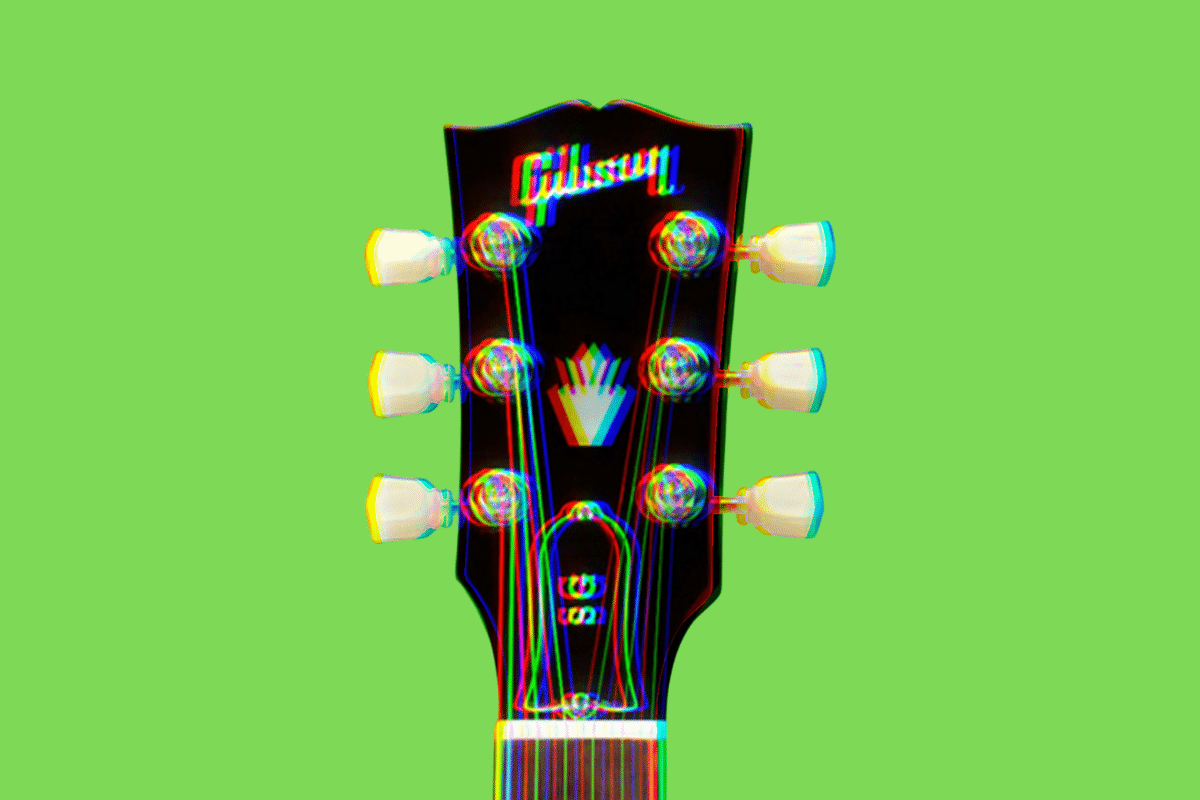 Want to get better at writing music on guitar? Learn these 10 beautiful chord progressions. They're simple, effective, and will help you to start creating you're own great-sounding music... 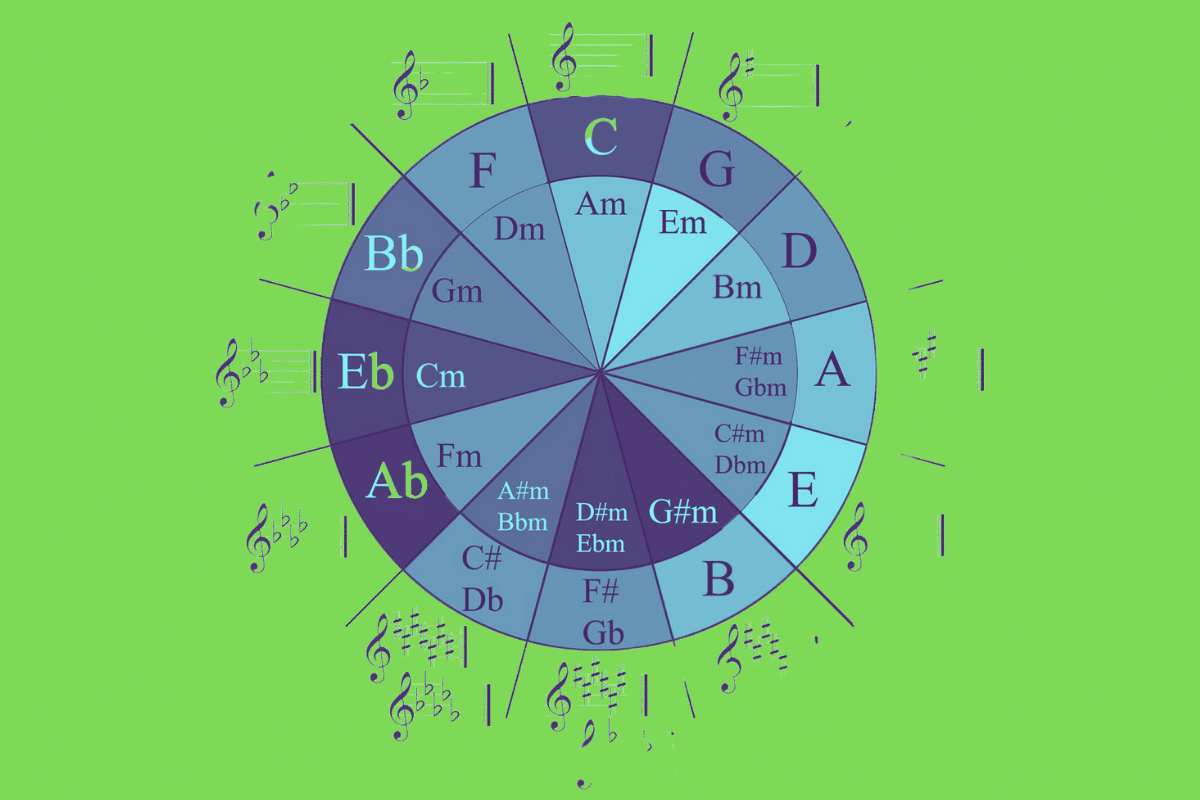 Beginner Music Theory For Guitarists: The #1 Way To Level Up Your Playing!