Guitar Fretboard: How To Learn The Notes (The EASY Way) – No Theory, Just One, Simple Actionable Hack…

With this simple trick, you can quickly expand how many notes you can find on the guitar fretboard. If you only know the low string, this will show you how to quickly find notes on the A and D strings too. It’s an awesome guitar fretboard hack!

One of the most intimidating aspects of learning to play guitar is navigating the fretboard. You have six strings – on most guitars – and the strings are tuned EADGBE. Out of this equation, however, you have literally hundreds of potential notes and positions.

So how do you memorize ALL of the notes on the fretboard? There are tons of ways to do this but most of them are painful and difficult for beginners to understand. This method for quickly understanding the guitar fretboard, however, requires no music theory, no experience, and hardly any time at all.

All you’ll need to know is the major scale and, more specifically, how to play it. But don’t worry, this is really simple stuff. And once you have the major scale down – even for just one position, say A – it will open up the guitar neck like never before. Sounds too good to be true? It ain’t – read on for more information…

Grab your guitar! You’re going to need it!

Using The Major Scale To Unlock The Guitar Fretboard

I said you need to know the major scale right? Well, let’s get that out of the way. As I said, it is really easy. But first, you need to know that the guitar’s musical alphabet too – it goes A, B, C, D, E, F, and G, and then it restarts again, so if you’re on G your next note in the alphabet is A and so on. Start on a B, then you go to C, D, E, F, G, and so on. It makes an eternal loop!

So this is all of the knowledge you’ll need to start unlocking the fretboard. Next, you’ll need to know the pattern for the major scale (there’s 7 notes in it FYI) – it looks like this:

It’s simple right? Really simple. But wait, the magic hasn’t even begun yet. Let’s start on the third fret for this example; that’s G. All you have to do now is to move down A whole step (two frets) to get to F then another whole step to get to A#.

Interesting? Not really. Most people know the low E string’s fret notes. But once you get to B on the low E, the scale concludes and you move up to the A string, restarting that “eternal loop”. And the first note is a C, then a whole a step to D, then another whole step to E. This pattern is EXACTLY the same as pattern you just used on the E string – just repeat it.

That’s six notes you just learned. But it doesn’t stop there – you can repeat the same pattern to find F, G, A on the D string.

Using this little hack, you’ve just unlocked a solid portion of the fretboard – 15 notes, basically. More than enough to start expanding your riffs, developing licks, and finding notes easier. You now have the positions for an entire array of notes. And from these notes, you can build out other scales like the pentatonic scale from locations on the fretboard that AREN’T just on the low E string.

This isn’t a guide to learning the ENTIRE fretboard; it is more of a quick music theory hack for beginners to get you started with some quick wins while navigating the fretboard. You only have to learn the notes up to the 12th fret really, if you want to break it down and make it easier! The notes just repeat after the 12th fret.

How To Quickly Remember Scale Degrees

In order to expand this idea out beyond our G example, you’ll need to know more about scale degrees – the space between notes. And that when you’re dealing with B notes and E notes there’s no sharp note after them as you move down the neck, so B goes straight to C – a half step – and E goes straight to F, another half step.

Expanding On This Fretboard Hack

If you feel like you understand scale degrees, based on what we’ve just discussed, you can expand what we learned with the G major scale pattern and apply it to any fret on the low E string – just watch out for your B and C notes (they’re half steps, not whole ones) and you’ll be fine. This half step between B and C is the same across the entire guitar fretboard.

For instance, let’s take the A note on the low E string: from A, you take a whole step to B, and then after B comes C, but remember B DOESN’T HAVE A SHARP so you complete the E string with a half step to C, and then move down to the A string and then repeat the same pattern as before.

The brilliant thing about learning the fretboard this way is that you can use the positions you already know to quickly find loads more. For instance, say you know where A is on the low E string. Using this pattern, you can now just count down the notes as follows:

Don’t let the whole-step, half-step thing put you off, or the notes. You know the alphabet, so you know this too. The ONLY difference here is that it runs from A to G and then starts again. If you can remember that, you’re well on your way to understanding and navigating the guitar fretboard like a pro.

Plus, the major scale is the foundation of EVERY other scale you play on the guitar, so it is a great idea to get it down first.

If you’re new to guitar, I’d just use this fretboard hack for strings E to D, so the lowest three strings. And because the high E string is the same as the low E string, you also know the positions there too. Using this method will help you start thinking outside the low E string for rooting out your notes. After a week or so of using this hack, you’ll know more or less every note on the fretboard between the strings E and D.

You’ll know more notes and, more importantly, how to get from those notes to other notes. This will help you with riffs, playing in certain keys, and basically utilizing more of the fretboard in your playing. If you’re a beginner, this is one of the easiest and best lessons you can learn early on. It will 10X your playing and understanding of how the fretboard works.

If you go over the material that we just discussed, you will start to see how all of the notes connect. Go over the major scale a few times, and make sure to remember where the B and E notes are located, since those are the notes that do not have sharps. Once you have the first three strings memorized, you can apply the same theory to the notes above the 12th fret.

The 12th fret is just the octave of each string. So if you try the scale above the 12th fret, treat that 12th fret as the open string. The major scale pattern will work anywhere!

This lesson is the first of what we call “breakthrough moments” in guitar. The guitar fretboard looks very complicated at first, but using this hack you may get the other impression: the guitar fretboard repeats itself in an eternal loop, and it is actually quite limited! When I came across this concept, that’s the feeling I had…the guitar fretboard isn’t as expansive as I thought!

Go through this exercise a few times, and you will see what I mean. The guitar fretboard freaks everyone out in the beginning. You have 22 or 24 frets, and it seems like a lot of ground to cover. But the entire guitar fretboard is just a pattern. We hope this helps, and stay tuned for some more beginner friendly lessons and hacks!

Dissecting The 7 Best Guitar Solos Of All Time: What Makes Them Great?

We may not all agree on what the best guitar solos of all time may be, but what makes the timeless solos on this list so amazing? 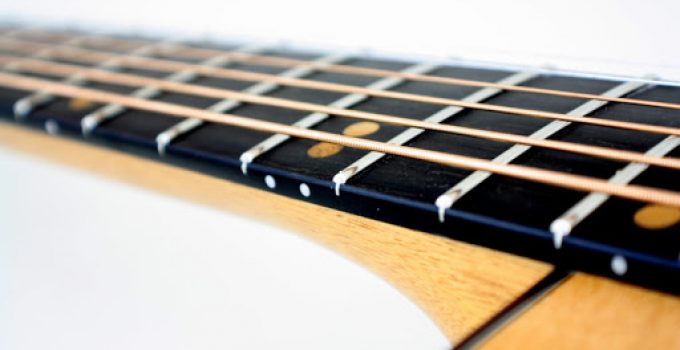 12 Guitar Fretboard Hacks That Every Beginner Should Know

Learning the guitar fretboard is almost like learning another language. Today, we break down some of the best shortcuts to leaning the fretboard! 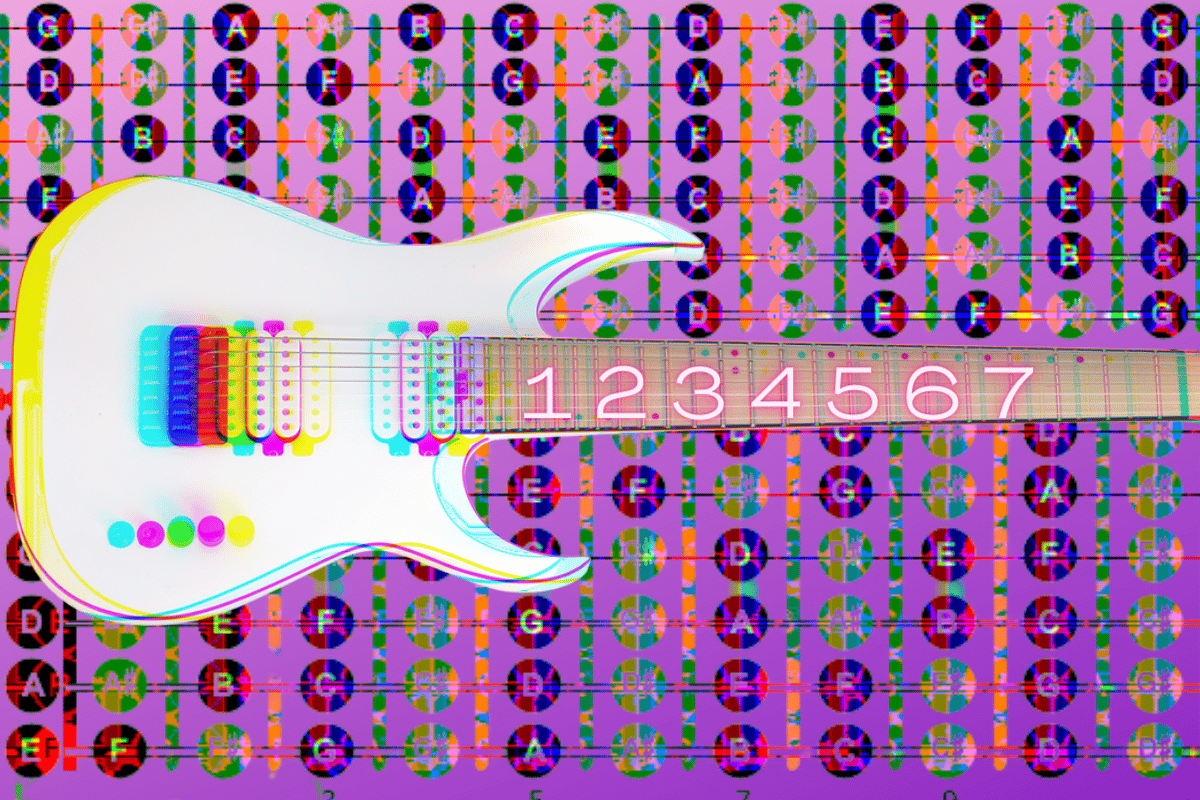 Intervals For Beginners: The #1 Way To Unlock The ENTIRE Fretboard!