Right out the gate, I want to say that in this post we’ll be focussing on Jack White’s guitar sound during his tenure in The White Stripes, specifically looking at the band’s finest album, Elephant. Jack uses and abuses A LOT of pedals. But his pedals of choice during the Elephant sessions were fairly focused and actually really quite simple.

This shouldn’t come as a surprise though. Part of The White Stripes’ allure was its stripped-back simplicity. There was no bass guitar, the production, while brilliant, was organic and raw – Jack is a big fan of recording to tape, not using any fancy equipment in the studio, and, generally speaking, keeping things as punk rock as possible.

I mean, look at the guitar he is most famous for using during The White Stripes. Made from plastic, hard to play, ugly. The red and white 1964 Valco Airline (AKA the “JB Hutto”) is well regarded as a colossal piece of crap. Jack has even said as much in interviews about why he decided to use it for The White Stripes. The point was to make his life harder, make him REALLY work for the sounds he created. And I freakin’ love him for this.

Before we get to his pedals, let’s take a look at the mainstay gear Jack used during his time in The White Stripes. First and foremost, his amplifiers. Jack used a 1970s Fender Twin Reverb and a 1960s Silvertone 1485 6×10 with Jensen C10Q ceramic speakers. This is a key component of his sound.

For guitars, Jack predominantly used, as we’ve noted above, a 1964 Valco Airline “JB Hutto” but he also played a 1950s Kay Hollowbody as well as some Telecasters, Gretsch guitars, and an assortment of other models from Gibson and Fender. Mostly though, as in promo shots and music videos, Jack had his 1964 Valco Airline front and center. He even used it to record, rather than getting in something better. Again, the dude was and remains pink rock as f**k.

These elements form the core of The White Stripes’ sound, with the only missing element being drums and Jack’s vocals. If you can scrape together those amps and a guitar with single coil and/or P90 pickups, you’ll be well on your way to dialing in Jack White’s iconic guitar sound. Of course, there is one big thing missing – pedals.

During The White Stripe’s Elephant recording sessions, Jack kept his pedalboard as spartan as possible. Nowadays, he runs a pedalboard that’d be Les Claypool blush. But back during the recording and touring of Elephant, Jack White ran a very tight, focussed pedalboard comprised of the following guitar pedals:

Told you it was pretty spartan! The key aspect of his overall sound, outside the Big Muff Pi which adds in fuzz and has been a mainstay throughout the band’s entire career, is the Digitech Whammy. With this pedal, Jack could mess with the sound of his guitar massively, dropping or raising the octave – this is what he uses on the intro to Seven Nation Army (it’s not a bass guitar), Blue Orchid, and loads of other tunes.

Jack plays in standard tuning most of the time, but with the Digitech Whammy pedal, he was able to lower the tone of what he was playing dramatically or, alternatively, play fairly low up the neck, but raise the octave to make the notes sound much higher. He used this trick on many of his solos – this is what gives them that screeching, odd quality.

Both of these pedals are fairly inexpensive too, so if you’re looking to do something like Jack, you cannot go wrong with these pedals. In fact, given just how popular and big The White Stripes are and were, it is amazing that Jack remained committed to this setup for so long. Imagine going into the studio with a budget in the millions? But then going, “Nah, I’m all set with what I’ve got, thanks!” Crazy. But that’s exactly what he did.

Jack White is a blues guy. Always has been. The White Stripes is a pure blues-based rock band. They called themselves garage rock, but really his playing is completely steeped in blues with heavy Led Zeppelin and punk influences. To play like Jack, you’ll want to focus on catchy, single note-based riffs, the blues, and pentatonic scales, creating melodies within them, and liberal use of open chords and power chords. Think The Ramones meets Led Zeppelin meets Black Flag.

At the core of his playing, however, is an essentially otherworldly ability to create insanely catchy licks and riffs from just a few simple notes. Seven Nation Army is a brilliant example of this. Ditto Blue Orchid, Icky Thump, and Black Math. For the open chord-style stuff check out Hotel Yorba, it is made up of a simple chord progression that every beginner guitarist already knows but in the hands of Jack White it sounds, well… iconic. That’s the guy’s genius: making simple sound iconic. If you can do that, and look cool doing it, you’ll make yourself a million bucks. 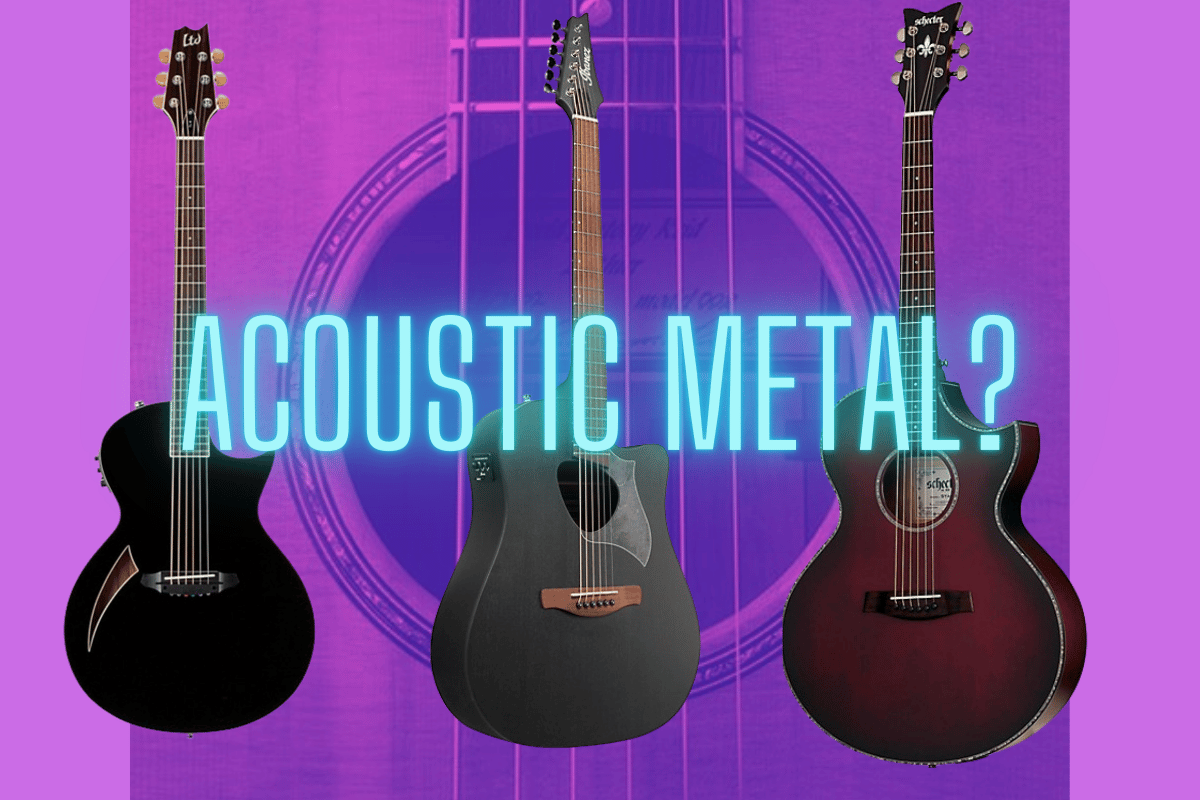 The Sire Guitars L7 is a brand I had never heard of, and I am floored by the quality! Before you decide on buying an Epiphone, you need to see this first! 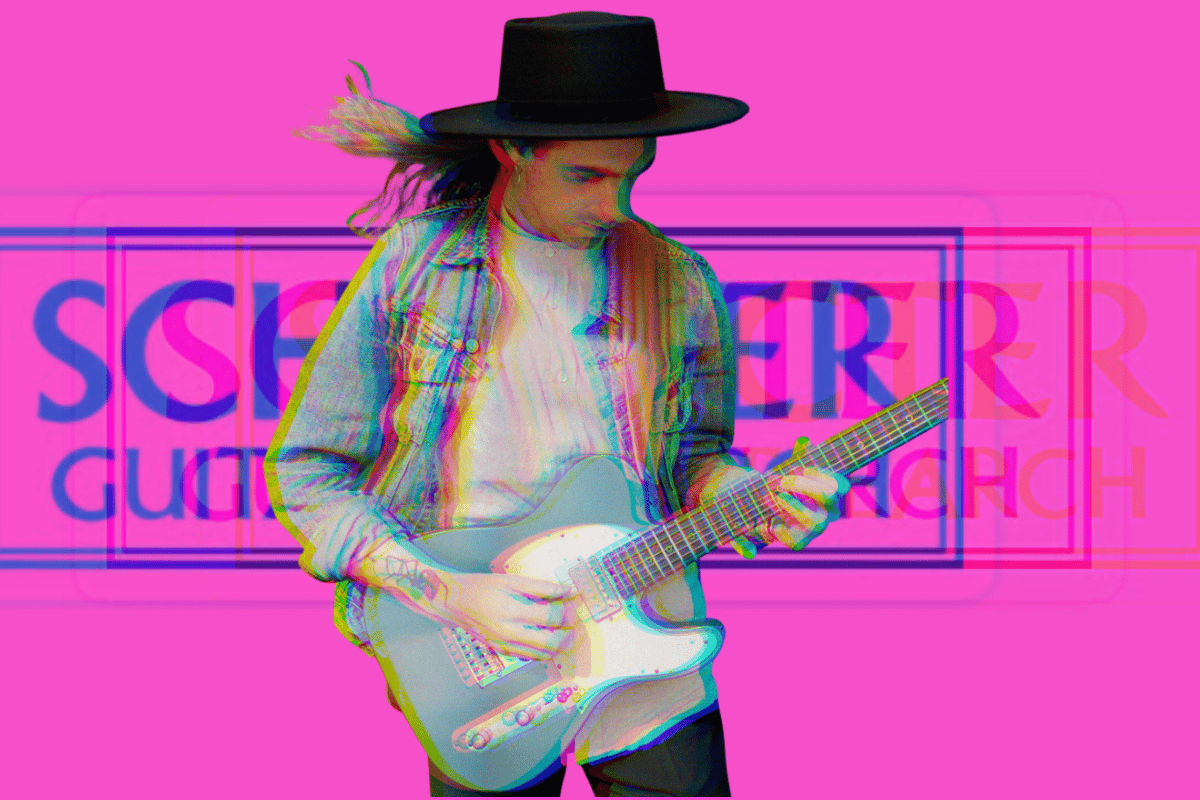 The Schecter Nick Johnston PT model just dropped, and we got out hands on one! Do we have more competition for Fender?