The original Helix Floor pedalboard is definitely a beast of a processor. But The Line 6 Helix LT is a little smaller, a little more simple, and also a little cheaper than the flagship model. We are going to take a look at all the features that the Helix LT has, and compare it to the original Helix.

Line 6 Helix LT: All The Power Of The Helix, Slightly More Compact…

Line 6 has absolutely killed the game with the Helix Series. There is something for everyone with the lineup, whether you want the full-featured and versatile Helix Floor model, or you just need something for effects like the HX Stomp. But, both of those models are pretty far apart in terms of size, price, and features. What about something right in the middle?

That’s exactly where the Line 6 Helix LT comes in. This is still a full-featured Helix unit, but it is missing a few of the bells and whistles that the original Helix comes standard with. If you put the units side by side, it’s… actually hard to tell the difference between the Helix LT and the flagship Helix Floor. But there are a few minor differences between the two.

The main difference, is that the Helix LT has less features when it comes to input/output routing on the rear of the unit. While the rear of the Line 6 Helix LT has less routing options than it’s big brother, it still has tons of ways to record or set up the unit for a live performance. Technically, it may actually be less confusing to use the Helix LT for someone just getting started with “all in one” processors.

There is also a slight difference in build quality, as the original Helix Floor unit is built like a Sherman tank! On the other hand, the Line 6 Helix LT isn’t exactly made out of cardboard. There is just a tiny difference between the two models when it comes to the materials that are used, making the Helix LT a little lighter with a smaller footprint.

But what about the features? Does the Helix LT sacrifice some of the main features and power?

It absolutely does not! You’ll find that all of the main features, the ones that affect the sounds you can achieve, remain intact for the Helix LT.

PRO Effects On A Budget! The Line 6 Helix LT does almost everything it's big brother does, with a few slight changes. The Helix LT is still a powerhouse "all in one" solution to your guitar rig!

Buy Now
We earn a commission if you make a purchase, at no additional cost to you.

We spoke earlier about the main difference in features between The Helix Floor, and the Helix LT, and the big one is the routing options. You can still use the Helix LT with the amazing HX Edit software, as well as edit all of your patches without ever touching a physical button. You can also use the Helix LT in a live situation, with an FRFR Cab or plugged directly into the sound board/DI Box. As far as the other features go…the Helix LT is loaded:

The Line 6 Helix LT has almost everything the flagship Helix has, just in a different package. The main reason anyone would want a Helix is the thousands of amp and effects combos that you have available at your fingertips. The Helix LT still has all of the power and effects of the flagship Helix Floor. You’re not missing out on anything when it comes to versatility and power!

“When Line 6 brought out the original Helix in 2015, we applauded it as the most advanced floor processor we’d yet seen and a definite step up, sound-wise, from the company’s HD series.

Obviously, certain facilities have had to be sacrificed to make the necessary cost savings in this iteration, but the designers seem to be right on the ball in focusing on and retaining the essentials. The LT is certainly lighter than its older sibling by just over a kilogram, presumably as a result of a bent steel chassis rather than the extruded aluminum of the original. It’s also slightly less wide than the original.“

This means that the Line 6 Helix LT is smaller, and more lightweight than the flagship Helix Floor. For some people, this is going to be an issue. Say… if you tour constantly, you might want a more robust unit that can take a beating and never let you down at a show. So from a professional standpoint, the Helix LT might not be enough for you since the chassis is not as durable.

But, I think the Helix LT is perfect for someone that does local gigs on a weekly basis in a band. This is especially true for people in a cover band, or someone that needs a unit for worship services. I also think this is a great addition to anyone’s home studio arsenal. The Line 6 Helix LT also works great with headphones as a practice/jam buddy. The point I am trying to make, is it has all of the same amazing sounds. The same exact options as the Helix Floor:

“One thing Line 6 didn’t sacrifice for the LT’s smaller footprint is the number of available tones. There are a ridiculous amount of sounds/effects available for Helix users to configure and reconfigure endlessly.

For me, Line 6 has created the ultimate tone machine. I’ve owned my Helix LT for a few months and still I feel like I haven’t even scratched the surface of what it can do.

The Helix gives me the ability to create tones that I could never achieve with my one amp, three guitars, and pedalboard. “

If you check out all of the reviews, you will see a common thread regarding the Helix LT: Nothing really was sacrificed in the smaller, more affordable design. Sure, you have to route things a little differently than you would with the Helix Floor unit. But if you take a look at the rear of the Line 6 Helix LT, you can see there is still a vast amount of ways to utilize the inputs and outputs.

With the inputs and outputs being the biggest worry for some users, it’s nice to see that the Helix LT is only missing a few options from the original Helix. You can still turn off the amp models, and use the Line 6 Helix LT strictly as an effects unit. You can also run the Helix LT in stereo through the XLR ports, so there is no affect on the different stereo delays and chorus patches.

For most people, the options you have with the Helix LT is going to be more than enough. There is still the USB option, that allows you to edit your patches in real time, or use the Helix LT as a full-on recording interface. The USB functions are so in-depth, I honestly don’t even understand them all myself! I tried to learn all of the different options you have with USB, but the choices are so many… I got a little lost!

The main feature is still the huge array of amp models and effects that the Helix Floor shares. You get the same power and options that make the Helix Floor such a beastly pedalboard. I think for most guitarists, the tones you can achieve with the Helix LT is the main focus, not the aesthetics. The DSP power that you need to be as complex, or as simple as you need… is all still here with the Helix LT.

Personally, I think the Line 6 Helix LT is for the people that need an all in one solution in a pedalboard, but are not quite ready to shell out the high price for the Helix Floor. In fact, the main complaint against the Helix Floor upon it’s release, was how expensive it was. It was the most expensive product Line 6 had ever made, but it was also the most advanced, competing with Kemper, and Axe FX.

The Line 6 Helix LT is $500 cheaper than the original Helix! I think that makes the Helix LT a lot more accessible for guitarists on a budget. The big differences between the two models come down to just a couple of changes, and for a lot of guitar players…those changes are not going to matter. In fact, I like the smaller, more lightweight design of the Line 6 Helix LT. I would use this over the larger Helix Floor unit any day!

The Line 6 Helix LT opens up a whole new arena of possibilities for guitarists that are on a budget, but want the highest quality sounds, amp models, and effects possible. Make no mistake, the Line 6 Helix LT is not the “toy” version of the Helix. This is still a serious, professional piece of gear that can change the way you gig and record! 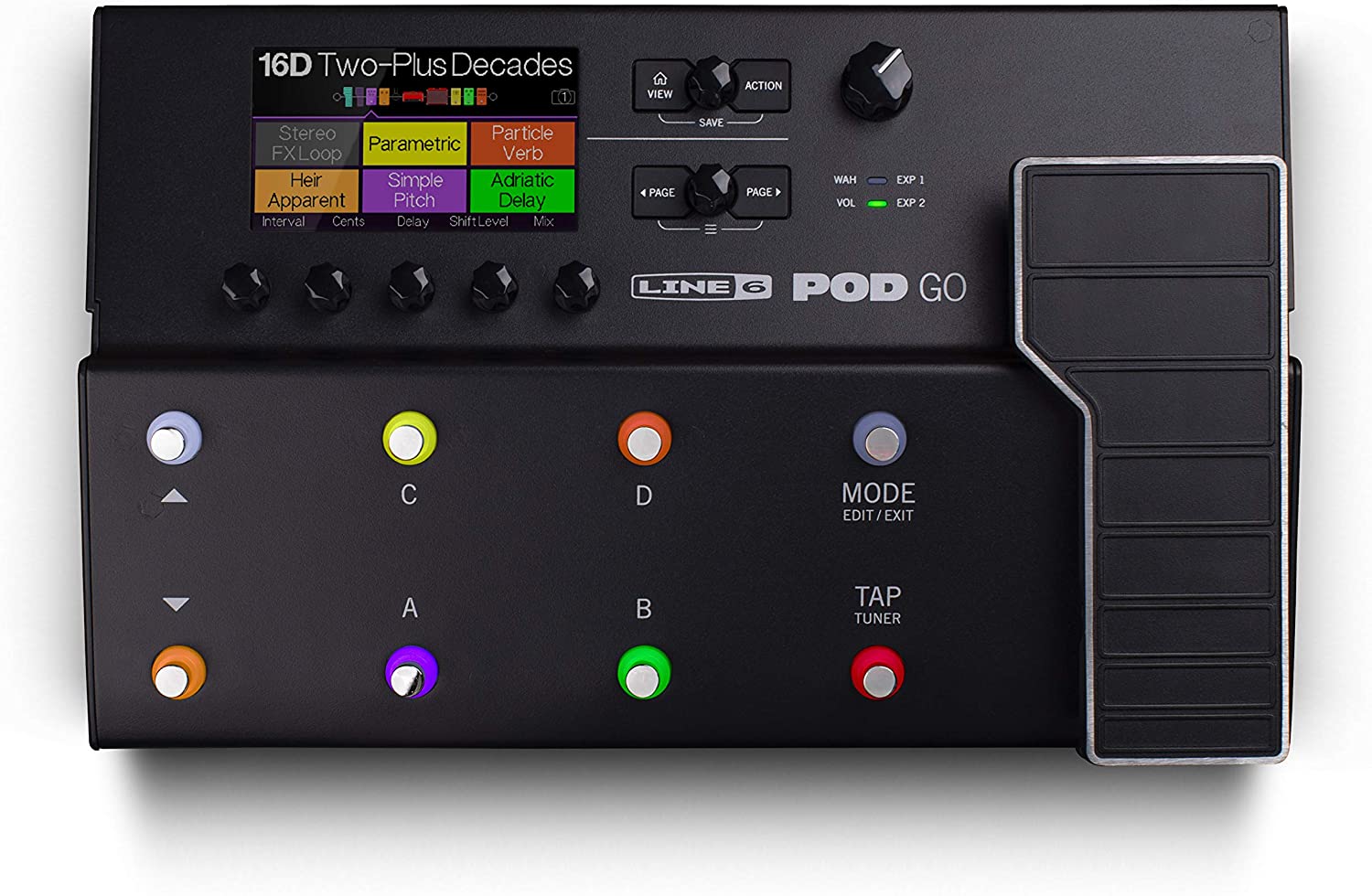 Line 6 POD GO Reviews: The #1 Alternative To The Legendary Helix

The Line 6 POD GO is not just a cheaper version of the Helix. Today we check out what people think about the POD GO, compared to it's more expensive brother. 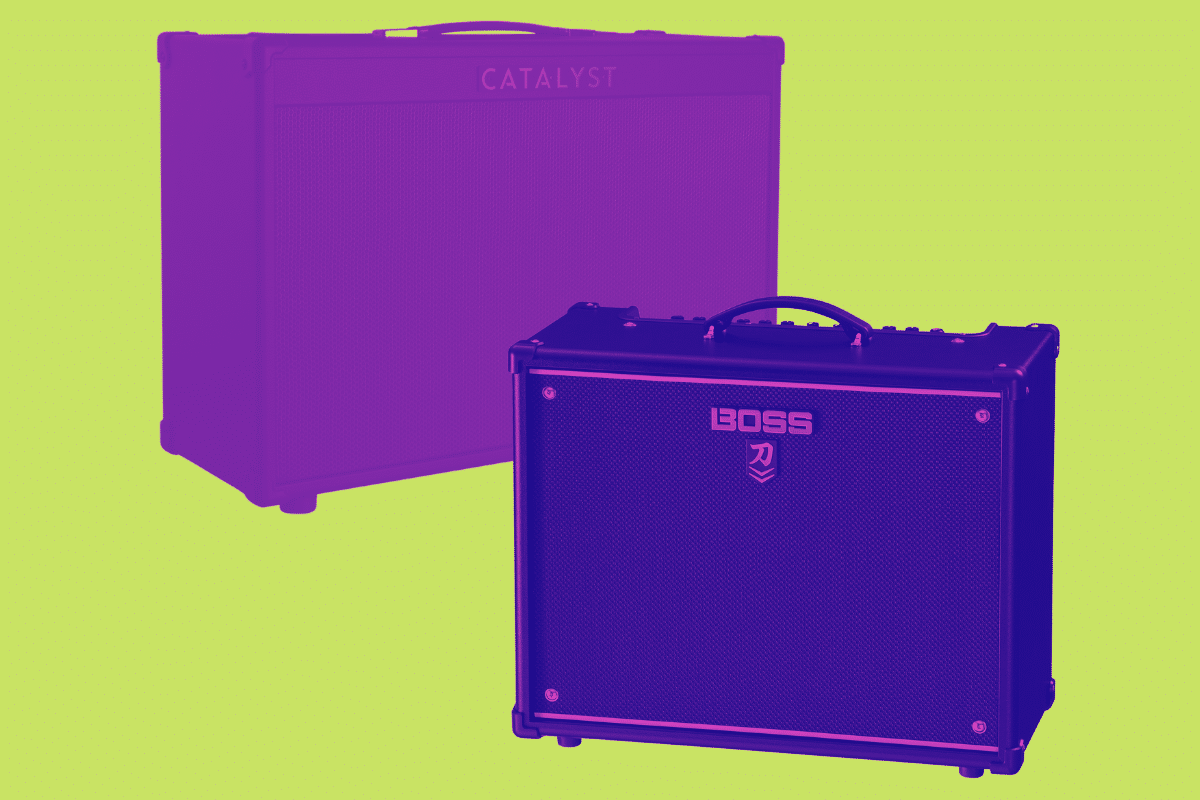 Line 6 Catalyst VS BOSS Katana: Which Amp Will Be #1?

It has only been a week since Line 6 dropped the Catalyst, and people already want a comparison. Line 6 Catalyst VS BOSS Katana, who will win? 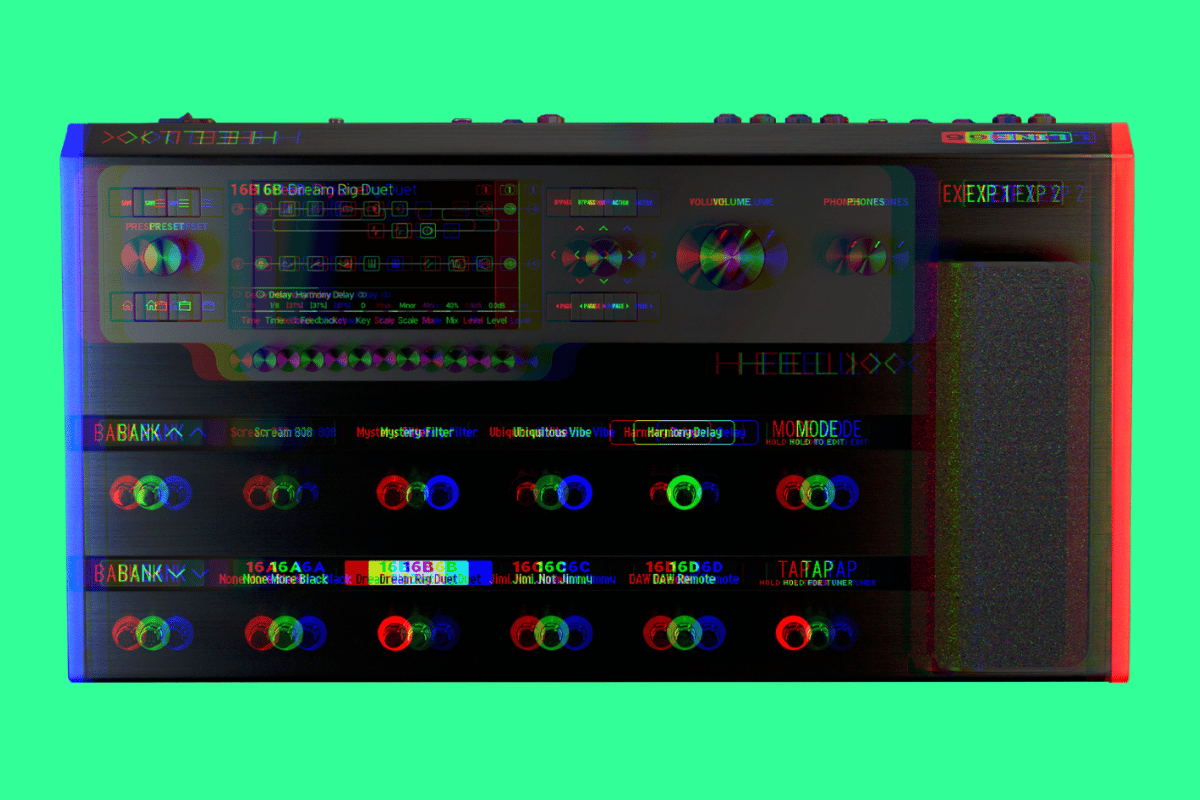 The ultimate guide to Line 6 – literally everything you need to know inside one post. All the products, how to use them, and guides on which Line 6 is best for you...