If you’re looking for a guitar that A) won’t break the bank, B) has a P90 pickup, and C) looks utterly gorgeous, you have got to check out the Gretsch P90 Streamliner Jr Jet Club

As names go, it’s a bit of a mouthful but the Gretsch P90 Streamliner Jr Jet Club, which launched in 2022, is quickly becoming one of my favorite guitars of the year so far. It looks killer, it has a P90 pickup in the neck, and it comes in a range of awesome colors (including pink).

The Gretsch P90 Streamliner Jr Jet Club’s big USP, of course, is its P90 pickup. But the other cool thing about is that it also comes with a humbucker pickup in the bridge, so you can go either way – or blend the two for some serious tonal thickness – and this makes it a great choice for a huge range of musical styles.

Simple is beautiful, and Gretsch knows its way around a drawing board. There’s nothing fancy about the Gretsch P90 Streamliner Jr Jet Club’s design. In fact, it is the opposite: it is simple, traditional looking, and almost retro in its aesthetics. And I love it all the more for this.

The guitar is wonderfully built too, belying its extremely low price tag (less than 400 bucks). And I really adore the colorways Gretsch has used on these models – my personal favorite is the pink hue, it just looks so cool. Everybody should own at least one pink guitar. It should be a rule.

For an entry-level guitar, Gretsch has really outdone itself here. Sure, you can get a P90-packing Squier for less but I just don’t think it’d have the same level of build quality present here, despite the fact that Fender owns both brands. For me, a Gretsch is ALWAYS going to beat a Squier.

Plus, there is nothing in Fender’s Squier line-up, at least to my eyes, that looks quite as good as the Gretsch P90 Streamliner Jr Jet Club. It kind of looks like a mash-up of a Les Paul Junior and a classic Gretsch single cutaway number which is to say it is extremely good-looking. I’m honestly so close to pulling the trigger on one of these. I need a P90/Humbucker guitar in my collection. If you’re not familiar with Gretsch’s guitar lineup, you might be wondering what “junior” or “Jr” means. First things first: it isn’t a bad thing, and nor does it mean that this guitar is designed for youngsters.

All it means is that the body of the guitar is slightly smaller than other Gretsch models. And by slightly, I really do mean slightly – this is not a guitar that is designed with children in mind.

As for how much the Gretsch P90 Streamliner Jr Jet Club weighs, the overall guitar, fully strung, comes in at 10.3 pounds. It ain’t a lightweight guitar by any stretch but it is still perfectly adequate for use in live situations, practicing at home, and pretty much everything else in between.

And Gretsch didn’t pull any punches with respect to the Gretsch P90 Streamliner Jr Jet Club’s specifications, as you can see below…

OK. I’m a big fan of this guitar. But sadly, I have not used it – although that’ll probably change in the coming weeks as I am more or less convinced that I’ll be adding one to my collection.

This means I cannot really comment on how well the Gretsch P90 Streamliner Jr Jet Club plays or sounds.

We’re constantly surprised by the quality of ‘start-up’ guitars such as this. Gretsch was right there at the birth of rock ’n’ roll and often – like other heritage companies – seems to get pigeonholed and stuck in time with that slicked-back-hair rockabilly style. But there’s quite a Jekyll and Hyde character here.

As supplied with that pickup imbalance, the over-big-sounding neck pickup rather dwarfs the more classic-sounding bridge pickup, and it comes across as a bit of a roots-rock bruiser. But the rather unusual circuit means that if you’re happy to use the volume and tone, you can clean things up a little and evoke more of that 50s/60s vibe.

Remounting the neck pickup so we can lower it moves the guitar into a more conventional hum/P-90 style and restores some Gretsch, not least with the pretty cool pickup mix. It’s a lot of guitar, with plenty of potential: a grab-and-go axe that won’t break the bank. Game on!

The only problem, if it’s a problem at all, is that the P-90 steals the show a little from the Broad’Tron at the bridge, which is a fine pickup in its own right, and an excellent all-purpose ‘bucker for rock styles, but it just lacks that extra star power by comparison.

As a pairing, they make quite the team in the mix position, and playing around with the volume and tone controls reveals a wide array of tones that might not identify themselves as Gretsch but nonetheless service the same rock ‘n’ roll demographic, and offer a fine platform for blues and rock players to get creative with.

At this price, the Junior Jet Club is an exceptional option. It is a grown-up, seaworthy guitar that you could upgrade over time or simply just play it hard as it is. There is a dual-humbucker G2210 model in the series, but the P-90 makes this irresistible and a welcome reminder that Gretsch can shake things up and not lose that brand identity 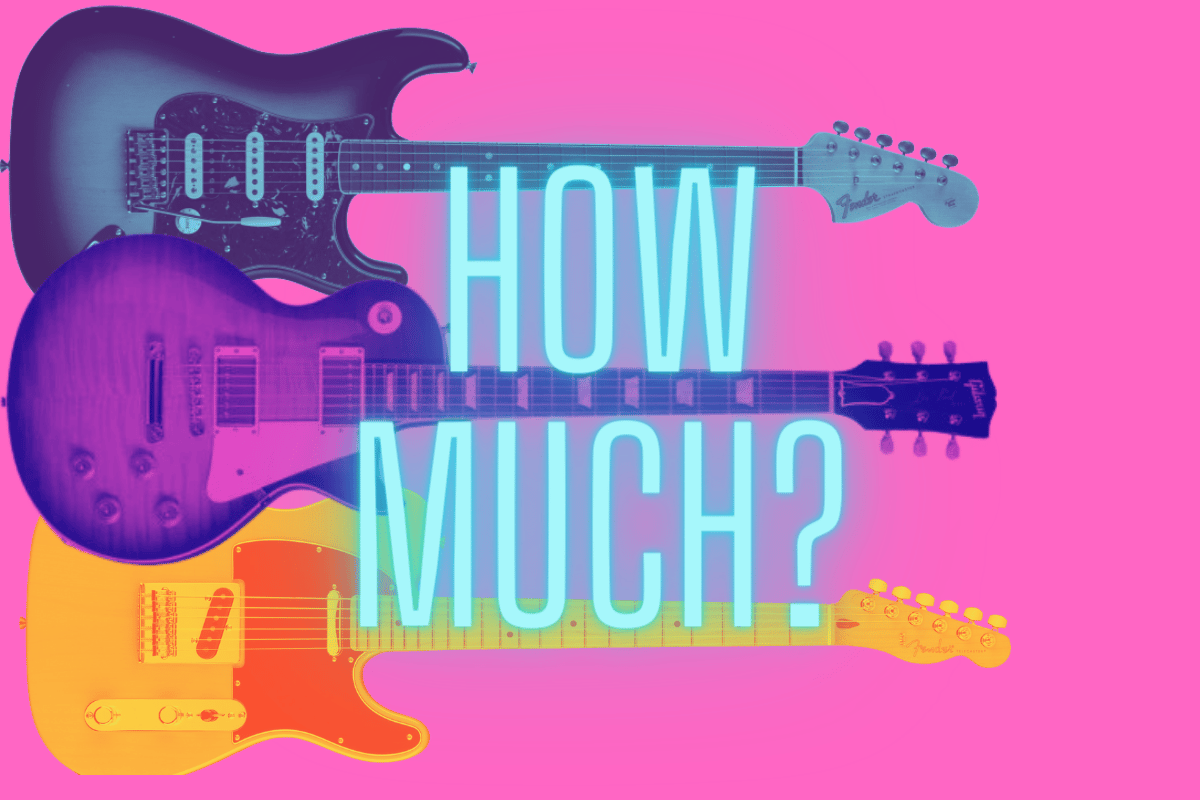 Beginner Questions: How Much Should I Spend On My First Guitar?

One of the most common questions from beginners is "How Much should I spend on my first guitar?". This is a great question, and we have an answer! 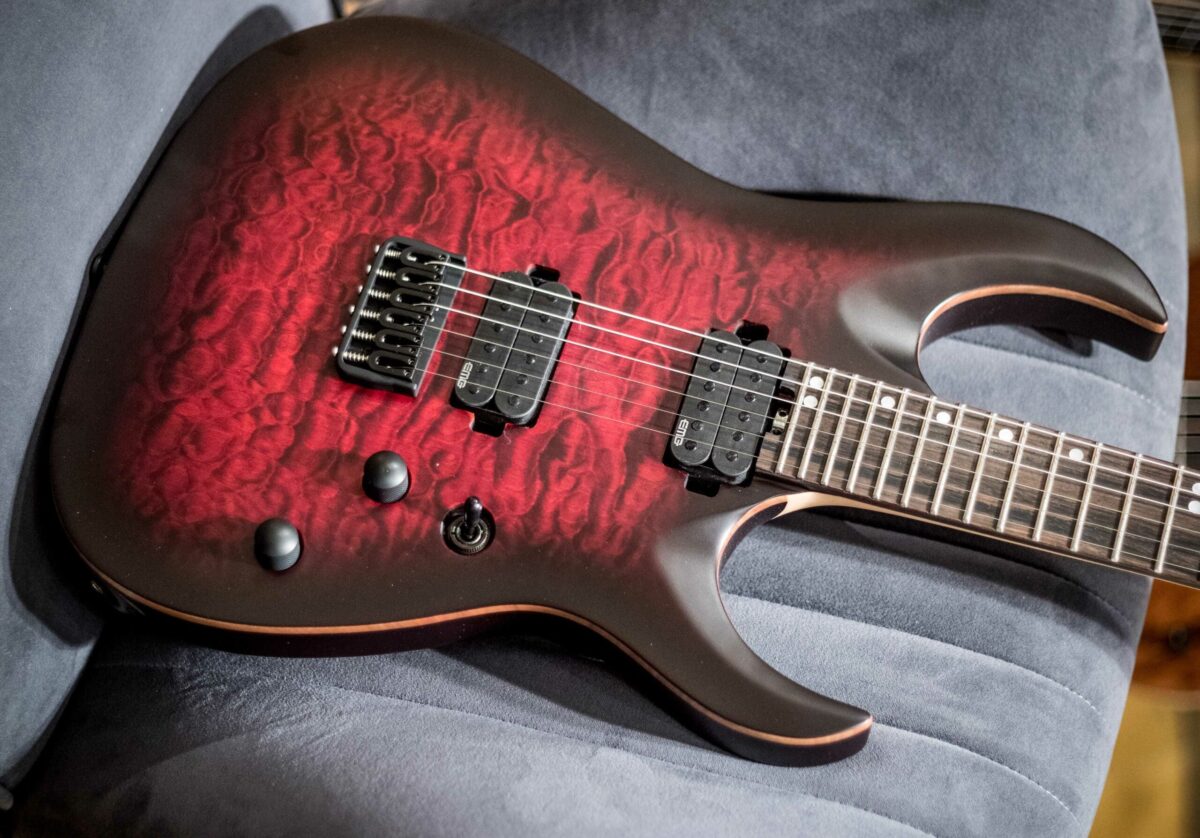 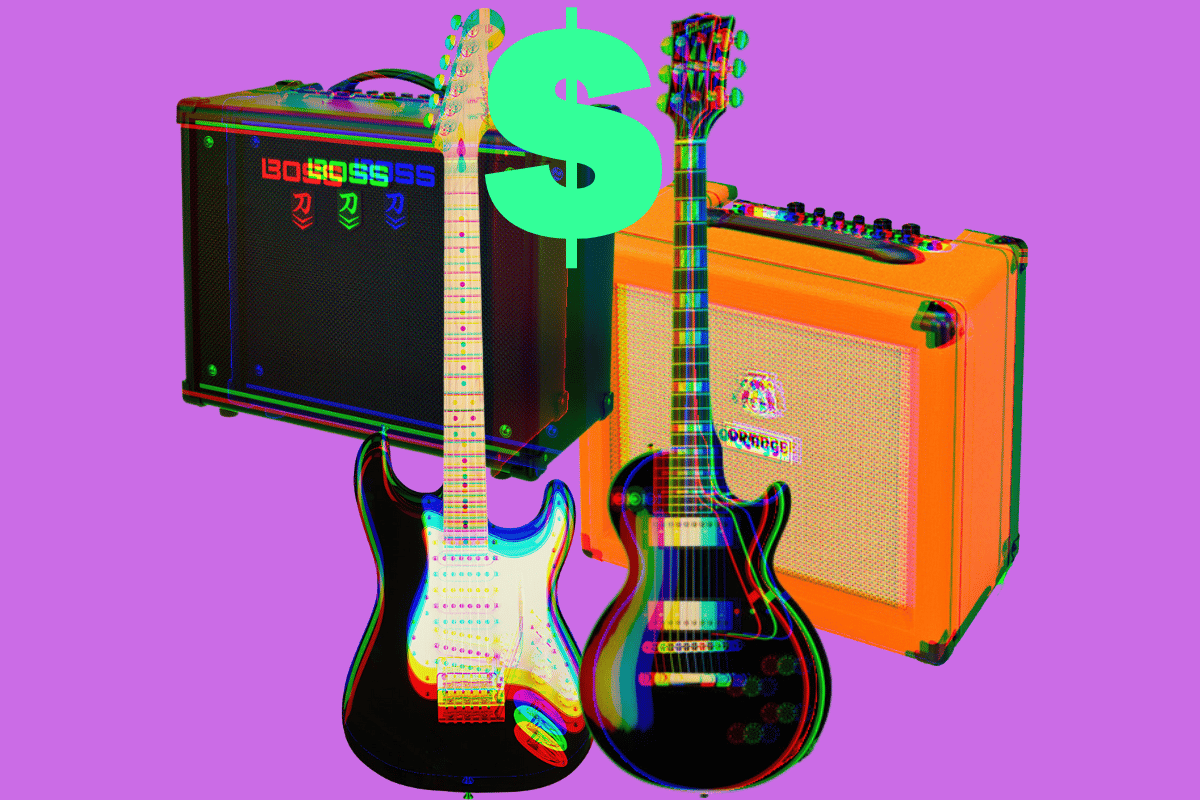 Announcing "Gigging On A Budget": a new series where we try to build a full, professional guitar rig for budget prices. Each week, we explore a new genre!