If you buy a Gibson Les Paul this year it’ll be one of the best things you ever buy. You’ll be joining a pantheon of players, dating back to the 1950s, that have used and abused Les Pauls to create some of the most iconic-sounding music ever recorded.

From jazz players to doom rockers, everybody loves themselves a Gibson Les Paul. And right now, the Standard and Custom model of Gibson’s Les Paul are two of its biggest sellers.

But what is the difference between these two models? How is the Les Paul Custom different from the Les Paul Standard?

And does it actually matter?

Let’s take a look at each one individually, see what makes them tick, compare and contrast their components and build materials and, at the end of this post, outline which is the best potential option for you.

But first, some history…

How The Gibson Les Paul Custom Came To Be…

The year was 1954 and the man himself, Les Paul, apparently tired of his standard Les Paul, decided he wanted something a little fancier, something a bit more special.

According to those that know, Mr. Paul wanted a Gibson Les Paul in a tuxedo – these were his exact words.

Gibson went to work and the end result was the Gibson Les Paul Custom, a smarter-looking version of its then-new Les Paul. The Standard model came to be during the late 50s. And the rest, as they say, is history.

But as you’ll see below, it isn’t just looks that set these two guitars at odds; they’re different on the inside too. And they’re not made the same way either.

For starters, the Custom is quite a bit more expensive. The reason for this is that it is hand-crafted by Gibson. It is all done by hand, so you get that quintessential Gibson look and feel. It also plays like a dream.

You also have different pickups on each model and this, largely speaking, is where you’ll notice the biggest difference. The Custom model sounds darker than the Standard which makes it an obvious choice for metal players.

With the neck, the Custom model uses a one-piece mahogany neck with an ebony fingerboard, while the Standard has a slim-taper neck with a rosewood fingerboard. The Custom model also has a hand-carved maple top which, again, is one of the reasons it is considered more “upmarket”.

Since the 1950s, both the Les Paul Standard and the Gibson Les Paul Custom have largely remained unchanged; they use t he same build materials, have the same construction as they always have, and they use the same style pickups.

And the reason is simple: you don’t mess with a winning formula.

Gibson knows that players use its Les Paul because of its tone and playability. And this playability and tone is all derived from its design and components. The Les Paul has been a mainstay of rock music for over half a century, so it is easy to understand why Gibson hasn’t tweaked anything too much.

There have been slight tweaks and changes over the years, most of them relate to things like components and electronics. But in order to get a better understanding of what they are, let’s take a look at each guitar in more detail. Let’s start with the Gibson Les Paul Standard.

The Les Paul Standard has been through a few changes over the years, however, aesthetically it looks more or less unchanged since the 1950s. Gibson has worked to make the guitar lighter, it made the neck thinner, and it now uses more modern locking tuners.

The other big change relates to Gibson Les Paul Standard’s pickups. Traditionally, Les Pauls – both the Custom and Standard – possessed a BIG, thick sound. This was part of their appeal. But as modern demands grew, changes were made to its pickups.

I’m talking, of course, about its coil-splitting feature that allows the player to switch the humbuckers to single-coil mode which helps create a thinner sound.

Traditionally, this was not possible, so the advent of coil-splitting on the Les Paul Standard’s pickups is actually one of the biggest changes Gibson introduced to the range.

The Gibson Les Paul Custom is hand-crafted in Gibson’s Nashville-based workshop. It features the iconic diamond on its headstock and things like Kluson “tulip” tuners, a nickel bridge, and an aluminium tailpiece. But what you’re really paying for is the hand-crafted element, the attention to detail, and the overall tone.

Because the Les Paul Custom is heavier and uses a different design, it has more sustain than the Standard model. You also get a distinct tone difference, a difference that many professional players understand and cannot live without. The Custom sounds bigger, darker, and generally has more presence.

This is why the Les Paul Custom has been a mainstay in metal and doom for so long – no other guitar can produce tones quite like it. And professional players can and will pay to access this now-almost-mythical sound. If you’re not a pro, however, the Standard model will more than suffice – it still sounds like a monster, just not quite as monstrous as its Custom brother.

Why Do Gibson Les Paul Guitars Cost So Much Money?

Gibson Les Paul guitars – both the Standard and Custom – have been the benchmark for electric guitars for almost six decades now. The Gibson brand, like Apple in the tech space, is synonymous with quality and premium build materials.

Both the Custom and the Standard are brilliant guitars, if you go with the Standard, you’re still getting one of the best electric guitars ever made. But with a Custom, you’re buying a piece of history – Custom guitars by Gibson hold their value and have excellent resale value which means you could buy one today and sell it for more money than you paid for it in 10 years time.

Think of it this way: the Les Paul Custom is like buying an original piece of artwork from Banksy. It is unique, hand-crafted, and it will hold and gain value as time progresses.

The Les Paul Standard is more like a limited edition print of some Bansky artwork; it is still incredibly valuable but it is not original and/or handcrafted. It is instead based on a more expensive one-off design. This is the difference. This is why players will happily pay a lot more money for a Custom model.

It is also why certain Gibson Les Paul Custom models will readily fetch north of $100,000 in auctions. They’re not just great guitars, they’re artefacts from bygone era that is now lost forever. When you buy a Custom, you’re buying yourself a piece of history now and that piece of history, in a decade or two, will be worth a lot more than it is right now.

What Model Les Paul Should You Buy?

Look, if you’re anything like me, dropping $4000+ on a Gibson Les Paul Custom is probably not doable. That is a lot of money. And while it is certainly an investment, it is still a very large sum on money. If you’re a normal guy or gal, a Les Paul Custom is just going to be too expensive.

If you’re loaded, however, go and get one – it is a stunning guitar that will not only hold its value but also appreciate over the next couple for decades.

If you’re a serious player, or want to be, then the Les Paul Standard by Gibson is doable – but you’ll have to do some pretty aggressive saving. You can pick up a Gibson Les Paul Standard for around $2000 to $2500, depending on the model.

This is still A LOT of money but it is a damn sight less than you’ll pay for the Custom model. And with the Gibson Les Paul Standard, you’re still getting a truly immense guitar – one that sounds unlike anything else and plays beautifully. And for most players, this is all you need. Still, $2000+ is still going to be a bridge too far for many of you reading this. And if that is the case, well…

Have a look at Epiphone’s Les Paul range. They’re around 50% less and, in most cases, just as good as Gibson’s Standard range. You can pick up Epiphone Les Paul’s at a bunch of competitive price ranges – from ultra-cheap to over $1000.

Basically, Epiphone has a Les Paul for all budgets. I’m a big fan of Epiphone too. I use both an Epiphone Les Paul and an Epiphone SG Standard and they’re both killer guitars with amazing spec and tone.

And for those on a budget, they’re your best option while you wait until you graduate to the big leagues and can afford a Gibson Les Paul Custom.

The new Epiphone Les Paul Prophecy models are utterly stunning as well and are perfect guitars for metal and rock players – and they’re quite a bit less than $1000 too. 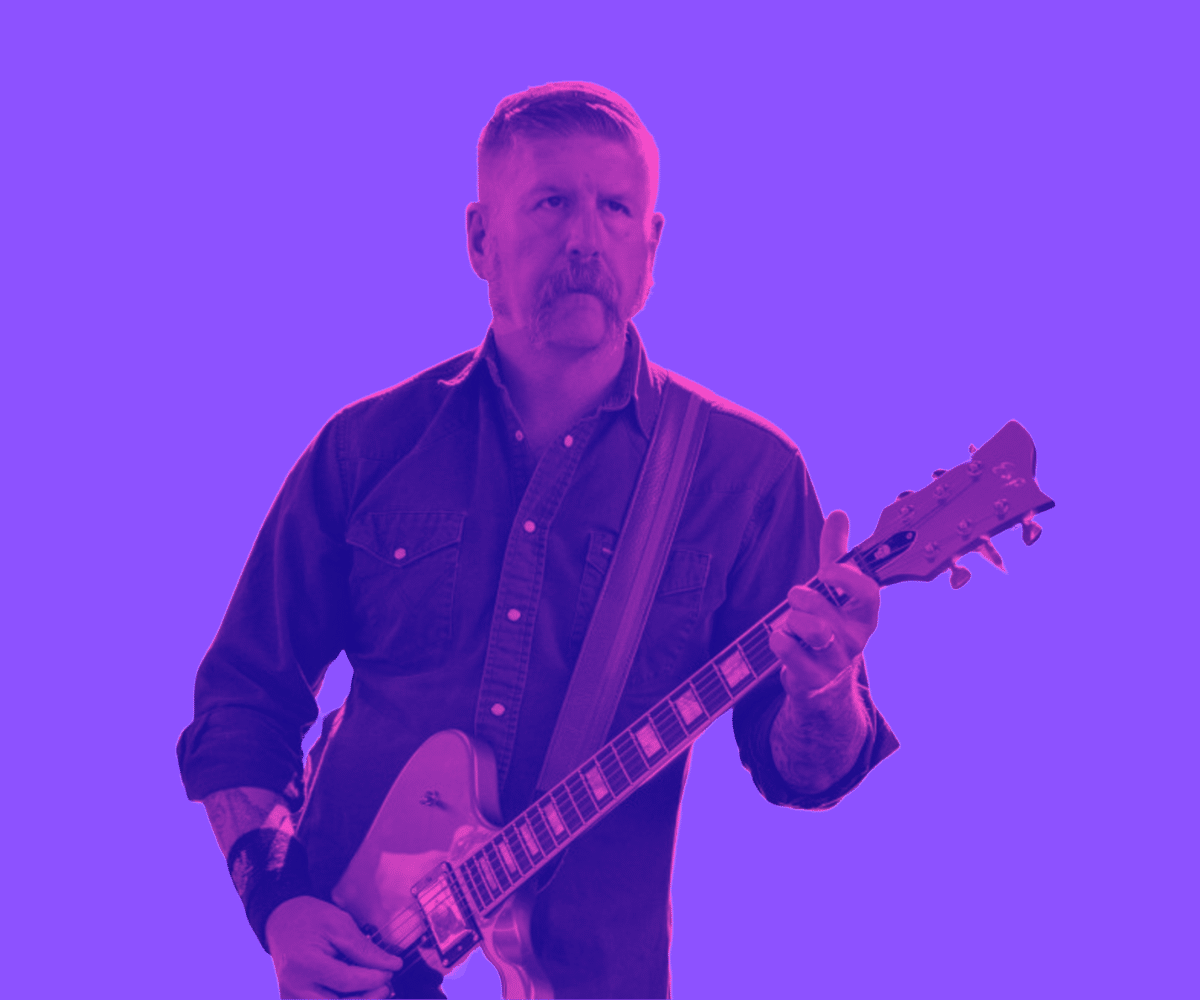 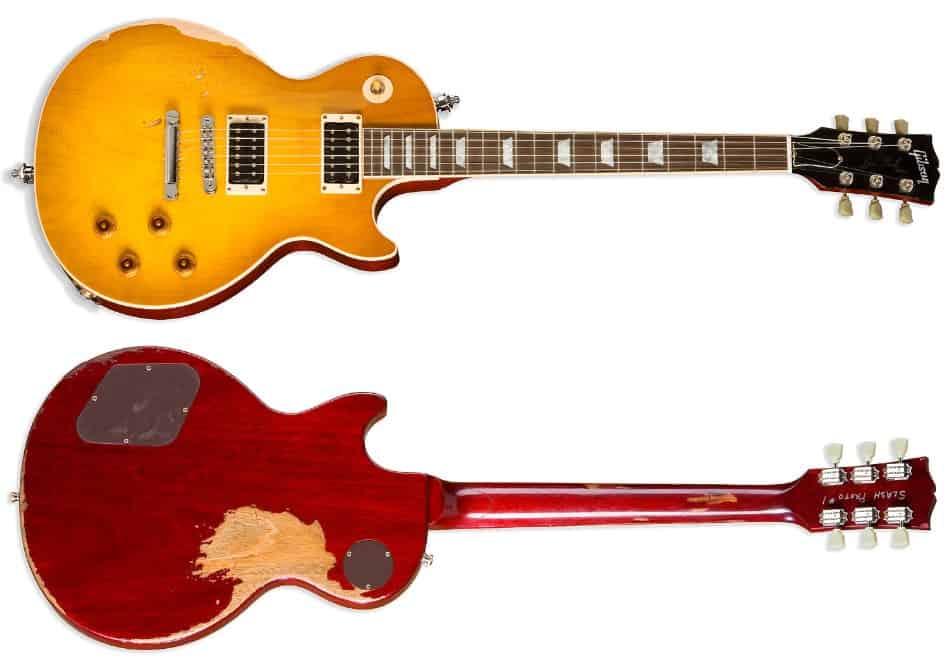